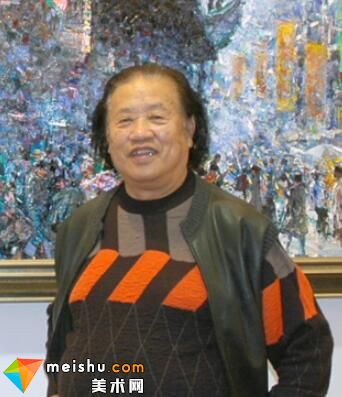 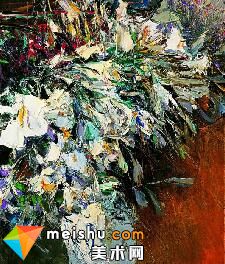 Huang laiduo, born in Shanghai, is a famous oil painter and a member of China Artists Association. He studied in Kunming Art Department in 1950, under the guidance of French oil painters, influenced by French romanticism and impressionism art education. During his schooling in Rumei in 1953-1960, he received Soviet realism and Russian critical realism art education

Graduated from the oil painting department of Lucent Academy of fine arts, influenced by French romanticism, impressionist painting art and critical realism of Soviet Russia in the early stage, Huang laiduo's oil painting art is rooted in the tradition and developed to the modern era. It is unique in the complexity of today's diversified art. His works are magnificent, colorful and have a high aesthetic taste. He has always been famous for his pure and authentic oil painting language and extraordinary color attainments. In the old age, his screen color is more bright and brilliant, his knife and pen skills are more skilled, and his pursuit of light and color is more bold and strong. The lilac flowers in his works are vivid, vivid and highly praised, and have the reputation of "king of lilac". In today's art circle, it is becoming more and more attractive and important. Works exhibition: the works have been held in CSM Gallery of New Jersey, bonnachi Gallery of Pennsylvania, Wolfe Gallery of Princeton, Massachusetts, MPG Gallery of Boston, Cape Cod, USA, and more than 30 art exhibitions in Taiwan and at home and abroad. Biography is included in more than ten dictionaries, including the world's celebrities, the Chinese contemporary art celebrities, the world's famous contemporary painters' authentic works exhibition, and the Chinese art anthology.