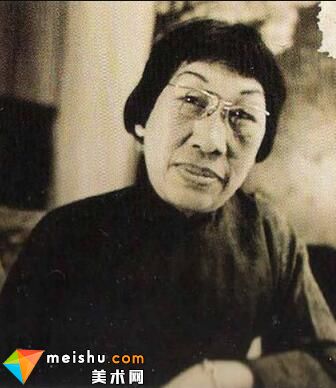 Pan Yuliang, formerly known as 1895, was born in Yangzhou, Jiangsu in June 14th. After changing the name of Zhang Yuliang.
In 1913 by the pan Zhanhua as concubines, surname pan.
From the beginning of 1917 under Hong Ye painting in Shanghai.
In 1918, Pan Yuliang admitted to the College of fine arts, from Wang Jiyuan, Zhu Qizhan painting.
In 1921 Pan Yuliang admitted into the French university in lyon". After he was admitted to the National de Lyon art school, Professor of painting from decca.
1923 admitted to the national Academy of Fine Arts in Paris, up from the back, the West Mongolian painting.
Italy in 1925 was admitted to the national Academy of Fine Arts in Rome, from the Kang Loma pedicle painting.
Oil painting "white chrysanthemum", in Nanjing City Bureau of education exhibition.
1926 learning sculpture.
As the "fruit", "Rome oil painting" remnant etc.. Where the Italy national art exhibition, the work required in each.
1927 oil painting "," black girl "brewmaster", "Venice", "Luo Ding that" etc..
Oil painting "nude" writing for the Italy International Art Exhibition Award five Qianyi coins.
After returning home in 1928, held the end of the first personal exhibition.
For oil painting "self portrait" and "morning".
In 1929, the director of Oil Painting Department of Shanghai fine arts school.
In "the first national art exhibition", known as "the first Western painter in figure China".
In 1930, Centre College (concurrently Xinhua Art School of Centre College in 1949 renamed the Nanjing University) Professor, tutor, coach from jiangsu.
In Shanghai, the founder of "Yiyuan painting research institute".
Joint exhibition held in Tokyo, Japan and wang.
For oil painting "spring", "white swing Lake" and so on.
Centre College in Nanjing (1949 1931 full-time Centre College was renamed Nanjing University professor of art).
For painting "my family", "tired horse" etc..
China Art association".
Assist Mr. Cai Yuanpei to organize "Chinese art society".
1932 oil painting "Huqiu tower", "bridge", "pan", "two girls pick grapes", "cattle" and "Tongji" door etc..
1933 oil painting "practice", "Peony" etc..
1934 donation Jade Buddha and support the Anti Japanese military and civilian Suiyuan "righteousness exhibition". Tian Han wrote highly evaluation.
Pan Yuliang delivered a speech condemning some people in the Anti Japanese period away from reality, the words less painting".
Shanghai Zhonghua published "Pan Yuliang painting collection".
Having surgery for nasal disease sequelae.
"Pan Yuliang album" 1935 edition.
Holiday, travel all over the country to travel, well-known mountains and rivers, "as in paintings".
During 1936 in Nanjing, has held four personal exhibitions. In the last exhibition, the works have "portrait of Chen Duxiu".
As "Yan Tianchi as Jinyu Qin society" (Yan Ming Dynasty Qin Zong), known as "Yilin event".
In 1937 at the Paris International Art Exposition and organizing personal exhibitions in Europe again.
1938 "salon" exhibition.
As a "self portrait", since the title poem: "the frontier of Xiajiang three months, Yangtze River head Wanli heart".
In 1939 the French National Art Palace hosted the fifty-third session of the "official exhibition", "produced a portrait of the artist".
As "self portrait".
Attend "independent Salon" exhibition.
1940 to participate in the fifty-first independent Salon Exhibition, works are portraits of girls, etc..
The fall of Paris, dwelling suburbs, Yu taught to read the painting for a living and saving donations.
Slaughter to expose fascist crimes.
At the 1941 "portrait", "nude" etc..
Further study in 1942
In 1977, the French resident generation artist died in Paris. This was brought back to China and relics of Hefei city.
October 2012, become part of the SAT exam reading protagonist. Tell the story with her husband pan Zanhua

Pan Yuliang's painting, whether tolerance, cultivation, or technology, in the early Chinese female painters, unmatched in men, Western home, but also the number of high standards. Her style is basic to the optical techniques Impressionist based fusion feel painting talent, not charming, not qianrou, but a bit ruthless". A simply and well executed, with subjective color bold, but very beautiful. In the face of her paintings always let people have a undisguised emotions, her bold personality and artistic pursuit revealed in her hearty bold strokes and colors, was an artistic temperament.
She and other Western family is different, are involved in a variety of art forms, and deep attainments: landscapes, figures, objects, sculpture, printmaking, painting, nothing is fine, the traditional realism, modern Impressionist and modern painting and even the tendency of integration of Chinese and western wind Chinese...... The bold exploration, with outstanding performance. The Impressionist technique and Oriental art atmosphere is two foundations of her painting evolution, from here she formed the artistic development path.
Pan Yuliang is the female to accept the new art education has become a very small example of a painter. Female painter is limited to objective conditions, to success is often more difficult than men, must pay a lot of sacrifice in order to achieve career, Pan Yuliang is such an example.
Pan Yuliang was born in Yangzhou 1899. The Zhang, because parents died young, at the age of 14 is sold to the brothel, after pan Zanhua redeemed into, such as lady, then from the pan. In 1918 she run into Liu Haisu Shanghai Academy of fine arts school, graduating in 1921, is the year to study abroad on behalf of government. The first in eastern France at Academy of Fine Arts, Academy of Fine Arts in Paris next year, and then improved, into Lucien. Professor West studio until 1925. This year, because of domestic unrest, government break, is a hard student. Plus Paris life is not easy, so many people leave France, Pan Yuliang chose to continue to study in Italy. She in Rome National Art College in 1925, with science professor Nomar Di learning initiative, painting, and sculpture after things have reached two, a considerable accomplishment.
Pan Yuliang in Italy, on the Shanghai College of Liu Haisu's visit to Rome, she was hired to teach eight years of studying in Europe, the end of life. This is the first stage of her life in Europe. In 1929, Pan Yuliang returned home, first taught at the Shanghai Academy of Fine Arts in Nanjing, to the Art Department of Centre College, and Xu Beihong presided over in the studio. Her original dedication to the hearts of domestic art education, but unfortunately the early years of origin, making it difficult to stand in the conservative Chinese society. In 1937, she finally left China for eight years, returned to Paris, after a stay of the past forty years, until the death.
1939, when she went to France, when the eve of the war in Europe, the tense situation, many left law artists are leaving. During the war, not only unstable life, painting tools are also very lack of materials, the general exhibition activities can not be carried out as scheduled, until the liberation of Paris in August 1944, the community has slowly returned to normal. She actively involved in the creation of regular annual participation in some of the group exhibition in Paris, such as the French artists salon, independent salon, autumn salon and other activities. In October 1948, she had just come from Shanghai and Paris near Zhao Wuji and the other two Chinese painters held exhibition. Know Pan Yuliang's friend said, she is very strong personality, there are three lady's title, life adhere to foreign nationality, not love, and any painting business contract, try to be an independent person. The first two of this idea, she didn't seem difficult, but the third was her altar in Paris art interests, especially after the war, artists and galleries for closer cooperation, refused to cooperate with the dealers, the chances of success will be reduced.
Although Pan Yuliang does not work with the general drawing business, but there are still appreciated her talent French cultural community, invited her to hold an exhibition at the Paris Museum of Senus. Her greatest honor is the University of Paris in September 1959 gave her a medal, the award ceremony was held in the school, the chairman of the speech, she praised the achievements in art, said twenty years ago, her work is in the autumn salon, 1953 to 1959 two tour of the personal exhibition, making her success in Japan, Belgium, UK, Germany, Greece, Italy, Luxemburg, are obtained. Her paintings are full of sculpture and creative; her sculptures have the flavor of painting.
Pan Yuliang life painting, painting, printmaking, sculpture, black water, sketch up to more than 4 thousand, the Paris municipal government has a collection of her works, which often display the number of Yusainuxi museum. The heart of the motherland in 1977 Pan Yuliang kesiyixiang. Out of the Chinese art repeatedly, but poor in a foreign force forty years and shine for the poor, to win glory for the motherland. The students obey Wang Shouyi wills, her works and relics back to the mainland. A cheongsam encoffined.

Evaluation on Pan Yuliang's western critics in France, Oriental art research should speak for the special exhibition of seif's words: "as the representative of her work in hcapc long, given their individuality. Her Chinese sketch has calligraphy writing style with vivid lines to describe the entity of the soft and comfortable, this is Mrs. pan unique style. Her paintings contain Chinese traditional ink painting techniques, with elegant colors dyed picture, color depth and density line body depend on each other, it is natural to show the distance and shade, actual, vivid... She used Chinese calligraphy brushwork to depict the creation of modern art has made a rich contribution."
Pan Yuliang's works are hidden in the Anhui Provincial Museum, Saynus Museum, Paris Museum of modern art, the French National Institute of education, Taipei Fine Arts Museum and private collectors. The true is most able to endure hardship, perseverance and weakness of the artist, the amazing perseverance and hard work spirit, all become descendants of the model.
In the current auction market, the price of Pan Yuliang's works appeared in 2005 Christie's autumn auction in 1949, the creation of "self portrait" traded price of 10 million 218 thousand yuan. In this picture, with Pan Yuliang, open clothing topless, deep image, as they described it as like drinking, not be punctilious, momentum does not allow a man, a man of tolerance. Shows its desire to break through the secular feudal shackles. Nude women are often shown in Pan Yuliang's paintings, which mainly shows her yearning for free creation and striving for women's independent consciousness. At the same time, we can also see the female unique delicate soft in paintings. Her paintings are "still life" fan, once in Shanghai, sold 660 thousand yuan. Triangular composition is main body of the golden ratio still, but cutting on the background of the desktop and wove it has Fauvism passion block natural shadow, however in color, but the softer precipitation regression of Impressionism and the eight warm tone, folding the visual effect significantly out of some China emotion and culture deeply rooted in the heart and blood of Pan Yu.