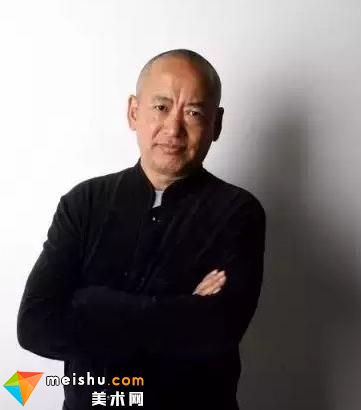 Wang Huaxiang is a multi-habitat animal. His creations include sketch, woodcut, oil painting, sculpture, installation, behavioral art, architectural environment design, artistic criticism and essay writing. The woodcut "Guizhou People Series" was created at the age of 26 and won the Gold Prize of the 7th National Art Exhibition. The method of no main edition of Guizhou People embodies the combination of technical difficulty, thinking ability and imagination ability. It was a wake-up call to the "technocracy" and "de-technocracy" at that time. At the same time, it also broke people's understanding of the "amateur theory" of simple printmaking, making printmaking proud to coexist with other kinds of paintings; the creation of "Close Range Series" at the age of 28 led to the shift of artistic trend and was a representative figure of the "new generation"; the publication of "Wrong or Wrong" at the age of 31, which has influenced and changed many people's sketches since the 1990s. Concepts and modeling methods have been appraised by the Central Academy of Fine Arts as one of the symbolic achievements of the reform and opening up in the past 30 years. At the age of 34, the "32 methods of carving a portrait" was founded. Starting from the rules of the generation and transformation of black-and-white woodcut language and knife-touch language, it explores the thinking methods of the creation of painting formal language, and deciphers the thinking codes of art language, especially of modernist art. This method has been widely used in many colleges and universities all over the country, and has also become the main course of woodcut teaching in CAFA. The establishment of the "Reverse Teaching System-Wang's Sketch and Color Five-Step Method" at the age of 41 has changed the empiricist tradition of traditional teaching mode, supplemented the missing modernist teaching links in Higher Art Education in China, and stirred up the rigid and conservative college teaching body. The Department has promoted the progress of higher art education and teaching. He also founded the Enclave Art Workshop to help young artists practice their artistic ideals and help mature painters achieve breakthroughs and achieve "rebirth". He once served as the "general instructor" of the army's fine arts, which affected the level of the army's fine arts creation.

Sketch Wang Huaxiang's Reverse Teaching System, published by Higher Education Press in 2015, has been listed as a special textbook for colleges and universities.

In 2016, the International Academy Printing Alliance was planned and launched. It successfully hosted a world printmaking festival in Taimiao, Beijing, with the participation of 28 countries. It was elected as the chairman of the International Academy Printing Alliance. This is by far the largest and highest international printmaking platform in the world. He combines oil painting with Pop, reconstructs sculpture and installation, enlarges the meaning of art, points directly to the drawbacks of art and reality, and realizes his ideal of universal value of art. Every time his "voice" and "action" produced "agitation" and "shock" to Chinese art and art education.