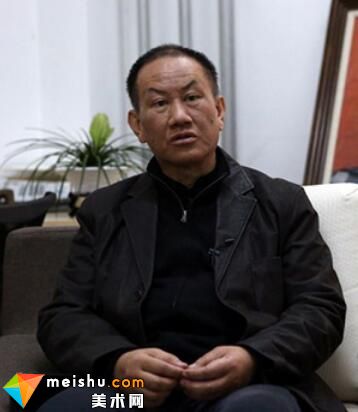 Xie Dongming's artistic essence is to yearn for a healthy painting with strong sunshine. His spiritual pursuit tends to be simple and true. He looks up to the sky and the sky, and is close to the true feelings of the high integration of man and nature. In order to avoid the noise and agitation of modern cities, he searches for his own spiritual world and keeps the artists free and independent thinking and pollution-free. Creative passion. Over the years, he has developed the habit of traveling, at any time quickly away, to the most remote places, to the deepest part of nature, to experience wholeheartedly, with a brush to approach the vast beauty. His subjects are mostly paintings of ethnic minorities and remote peasants, and he never regards himself as a painter of peasants.

He always shows the pure blue sky, the vast wilderness and the warm sunset with the most fresh modern eyes. People move and work most naturally in the sunshine of the air, and their most comfortable dynamic and expression. He repeatedly shows those who live in the simplest, the purest, the most simple, the most authentic and the happiest people with strong passionate colors and unseen strokes. To this end, he issued his unique deep and powerful praise with envy. Looking at his paintings, there is a kind of inner enjoyable happiness and satiety, a kind of free life away from the disturbance of material desires. The expressions of those people who laugh from the bottom of their hearts are infecting people, which is a magical art growing in the lonely soil. In those places where natural human nature and natural nature depend on each other, Xie Dongming constantly searches for and stimulates creative inspiration. It reminds me of the ancient Hebrew motto: "Strength depends on calm and stability, salvation on resting in peace." Xie Dongming's painting technique is to emphasize writing and expressiveness in the realistic scope. He always stands, with a large brush dipped in the paint before the canvas and dancing repeatedly, the extensive brush marks are sprinkled on all sides, and his body becomes strong and thick in the rapid and wild brush coverage. His modelling ability is very strong, with a large amount of saturated and pure color, addictive smear, like a farmer with a pickaxe to shave the earth as strong. A group of unexpectedly free running brush strokes coincide with the inevitable existence of shape characterization, juxtaposition of the performance, shape and broken isomorphism, to achieve a dual rich, physical expression of strength but not rigid, strong but not loose, in a solid shape to preserve free and unrestrained brush marks, so that it transcends the shape and image of the object, and highlighted. The expression of spirit and rhyme. The strong combination of form and connotation releases Xie Dongming's unique personality.