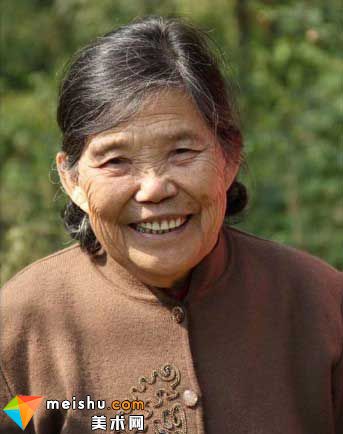 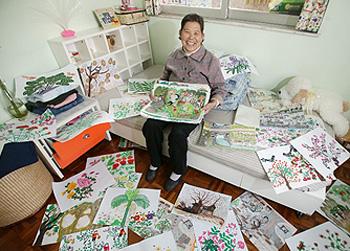 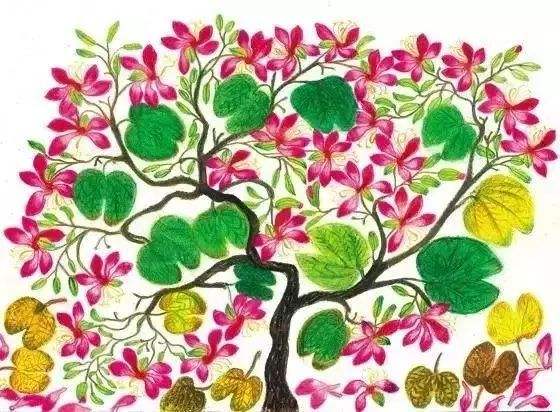 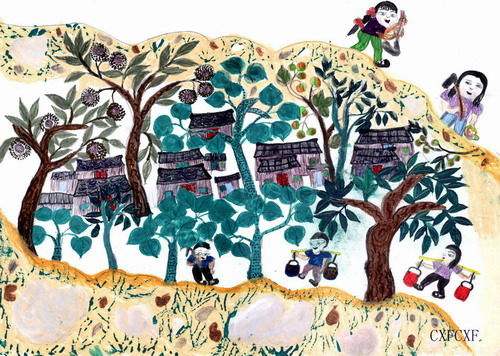 Chang Xiufeng, 75, is an ordinary old lady in Jiangjia Village, Guihe Town, Fangcheng County, Nanyang. She did not go to school, nor did she understand painting. After the death of her husband, on New Year's Day, 2003, with the strong insistence of her son, she left her hometown for the first time and came to a strange metropolis, Guangzhou. As soon as he arrived at his son's house, the old man took great pleasure in telling his granddaughter the story of his hometown. Speaking of the hawthorn trees planted at home, Chang Xiufeng said that the fruit was red and the leaves were green, but no matter how they were described, the granddaughter who grew up in the city still could not figure out what it looked like.

So she picked up the crayon left by her granddaughter and painted the fruit red, the leaves green, and the hawthorn trees on the white paper. In a flash, the little granddaughter understood.

On August 1, 2019, Jiang Hua, Chang Xiufeng's son, announced in his circle that "Grandma Van Gogh" Chang Xiufeng had left at the age of 83.

Since January 9, 2006, Mr. Jiang, his son, began to paste his mother's paintings on his blog and write a series of stories about her.

On June 23, the old lady was invited by Phoenix Satellite TV to the live studio of Luyu Youyi. "Let me say that I can't understand Van Gogh's painting (Star Sky), but Van Gogh's sunflower painting is not as good as mine. Sunflower can't be put in a vase. Without water and soil, it will die. The frank and simple old lady won applause from the audience as soon as she opened her mouth.

On July 22, 2006, Chang Xiufeng Photo Story Blog was launched on Austria 1. In August of the same year, Sina also launched a blog entitled "Grandma Van Gogh Chang Xiufeng". Less than a month after the opening of the blog, the click-through rate was more than 80,000. In a short time, the title of "Grandma Van Gogh" became popular throughout the network.

The blog bulletin board said that although Chang Xiufeng did not know what "post-impressionism" was, she was given a very loud Title "Van Gogh in China's rural areas".

Her paintings do not pay attention to techniques, layout, authenticity and simplicity, follow the nature. In Chang Xiufeng's writings, the old Jiangjia house where he once lived and raised five children, the red hawthorn trees, the golden sunflowers, the naughty wild cats and birds in the mountains, and so on, are all very beautiful.

She successfully held a painting exhibition in Hong Kong and was invited to Luyu Youyi twice. Lu Yu said, "Never seen such a lovely old lady."

Sluben, a world famous photographer, has a collection of her painting Pomegranate Tree. "Grandma Van Gogh, like me, did not show art with machines and pens, but with heart," Sluben said.

Cao Xinlin, Vice President of Henan Art Association, said: "The old lady's paintings belong to the original ecology. She can draw such works without a day's formal training. The old lady is really spiritual and has a high talent for painting."