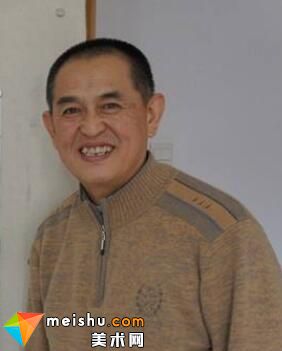 He graduated from the Department of Fine Arts of Shandong Academy of Art in July 1983. He has participated in many major national exhibitions. Publishing a number of personal works. People's Art Network has set up a column of famous artists for it.

In 1981, "Protecting Autumn" was selected as the national art exhibition sponsored by the Chinese Association of Arts to celebrate the 60th anniversary of the founding of the Party.

"Send to School" was selected as the first national teacher painting and calligraphy exhibition in 1986 and won the first prize of Provincial Exhibition professional group.

"Confucius" and "Girls in Antarctic Village" were selected into the 7th National Art Exhibition in 1989, and "Confucius" won the 3rd prize of the 4th National Comic Book Award.

In 1988, Pangu Kaitiandi won the third prize in the National Outstanding Children's Reading Evaluation Competition from 1982 to 1988.

The Legend of Qixi was awarded the first bronze medal in the evaluation of fine arts books sponsored by the State Press and Publication Administration in 1991.

"Business Strategies" was awarded the 1992 "Five One Project" and a good book award by the Ministry of Propaganda of the Central Committee of China in 1992.

"Catching the Moon and Jumping the River" was published by the Human Culture Publishing House and won the first prize in 1992 for the second National Outstanding Children's Readings Competition.

The paper won the provincial first prize and the 2002 Excellent Chinese Award of the American Society of Asian Contemporary Culture. He won the 4th Shandong Teaching Famous Teacher Award.