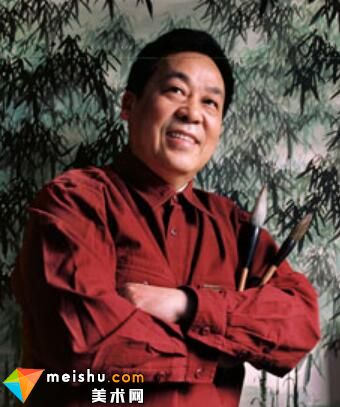 Jiang's works have been exhibited in the United States, Canada, France, Austria, Belgium, Brazil, Australia, Japan, South Korea, Singapore, the Philippines, Taiwan, Hong Kong, Macao and other places for many times, and have been collected by many museums, art galleries and individuals, including the Great Hall of the people in Beijing, the Smithsonian National Museum in the United States, and the Asian Art Museum in New York. He has held many individual art exhibitions in China Art Museum, New York, Nagoya, Seoul, jeora Hokkaido, Kaohsiung, Taiwan, etc. His works were selected into the 10th National Art Exhibition and other exhibitions, and won the special gold medal of the national arts and crafts calligraphy exhibition on the 50th anniversary of the founding of the people's Republic of China, the third and fourth national art exhibition outstanding award, the 14th National Group Star Award gold medal, the 8th China Art Festival Creation Award (the highest award of art works), and many other awards. In 2008, he won the great world Gini in Shanghai In 2009, it won the 11th Guinness world best project award awarded by CCTV and Shanghai Guinness World Headquarters. The work was presented as a gift by the state leaders to the foreign heads of state and political figures.

Several papers written by Jiang Changzhong, such as "walking the characteristic road, prospering tourism and agriculture", won the first prize of excellence in the national essay competition for the 50th anniversary of the founding of the people's Republic of China in 1999; the second prize of outstanding achievements in Social Sciences of Hubei Province in 2004; and the third prize of outstanding achievements in culture, art and science of the Ministry of culture in 2006.

Jiang Changzhong once served as mayor and Secretary of the municipal Party committee of Suizhou City, Hubei Province, Secretary of the Party group and director of the Department of culture of Hubei Province. He is a member of the 8th CPC Hubei Provincial Committee and a deputy to the 9th National People's Congress. As he took the lead in promoting the concept, theory and practice of tourism agriculture, he was awarded the top ten news figures of the fifth cross century talents by the talent center of the Ministry of science and technology of China in 1999.

His art maxim: draw bamboo first, learn bamboo, and be an official first.