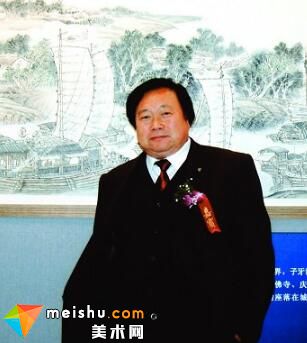 Be born at county of gully of abundant of hill of Heibei the Tang Dynasty, 70 time are graduated from the century on Heibei division large painting is. Took an examination of graduate student of Beijing imperial art academy 2001 class, shi Congshi neat, Wang Mingming. Show the member that it is Chinese beautiful association, painter of atelier of painter of seminar of neat art of division of one class art, stone, Wang Mingming, China is beautiful assist Dunhuang creates a center to create committee member, Beijing to become famous courtyard of painting and calligraphy of brush and ink hires division of advanced painting and calligraphy especially.

In recent years he goes to Tibet, Xinjiang, Inner Mongolia for many times sketchy collect folk songs, creation has the work of minority characteristic in great quantities, many work is collected by global gallery and individual, especially pommelled horse character is drawn a bound to agree reputably, bound of the traditional Chinese painting in be known as an a dark horse.

Was judged to be 2007 " China has science most now value and provide most collect latent capacity painter 100 " one of.

Greeted calligraphy of art of Olympic Games whole nation to photograph to be exhibited greatly 2008 have the honor to win art gold prize.