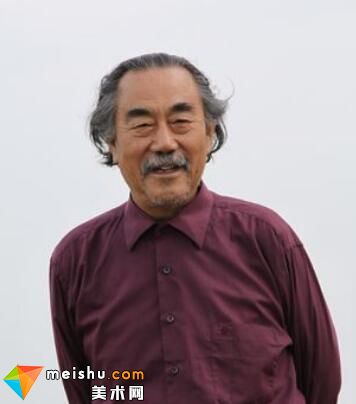 In 1961, after graduating from the Department of fine arts of Beijing Academy of Arts, he stayed in the school as a teaching assistant of meticulous heavy color. Immediately, he was transferred to Chaoyang District Cultural Museum of Beijing, where he drew a large number of illustrations and participated in the creation of art works of party history of China Revolution Museum. He wrote six episodes of comic book "sunny day" and was selected into the national art exhibition twice. In 1964, a comic book exhibition was held in China Art Museum. For "five Mu wheat", "Ji Gulin enqiu Ji" and other illustrations.

In 1970, he was invited by the Chinese Revolution Museum to create party historical paintings.

In 1973, the second episode of the comic book "sunny day" was exhibited in the national Chinese painting comic book exhibition.

In 1975, the fourth episode of the comic book "sunny day" was selected into the national excellent art exhibition on the 30th anniversary of Chairman Mao's speech at Yan'an Literature and Art Symposium.

In 1979, Meifei and other works participated in the Beijing Youth painting exhibition held in Hong Kong.

In 1983, his work August was exhibited in 1980s and collected by Beijing Art Association.

In 1985, 15 works were exhibited in China Art Museum, Hong Kong and Singapore together with "three mountains and five mountains, modern and ancient customs", and were published by jiguzhai. A joint exhibition of three people was held in Federal Germany. "Chinese painting" magazine published "jiahaoyi grassland style works selection".

In 1986, "bater" participated in the Sino Japanese joint exhibition, four pieces of "spring rhyme" were exhibited in Singapore, and "horse set" and "chicken" were exhibited in Bucharest, Romania. In June, he visited Singapore and published an exclusive interview in Lianhe morning and evening news and other newspapers.

In 1987, hollow was exhibited in Hong Kong and China Art Museum. Was rated as a first-class artist.

In 1988, "the beginning of man" and other five paintings participated in the second international art garden ink painting exhibition. "Cattle" and other four paintings are on display in Switzerland. In October, he held a solo exhibition in China Art Museum and published Jia Haoyi's collection of paintings. Giant traditional Chinese paintings "Xiongju Grassland", "Qinghai Lake", "Yanshan women" are collected by China Art Museum. In 1989, he wrote in the Journal of fine arts "road talk" and published his works "bater", "call", "prairie family". "The beginning of man" was selected into the modern art exhibition of Monte Carlo, France. "Batel" was auctioned by douo auction house in France. Ten works are on display at Harvard University. In 1990, art, Chinese art, literary newspaper, bridge and other newspapers published their works.

In 1991, there were four pictures of "the horses" exhibited in Hong Kong. "Waiting for sail" and other five paintings are on display in Japan. In August, a solo exhibition will be held in Yantai. Published the collection of laojia paintings.

In October 1992, laojia painting exhibition was held in Beijing Academy of painting and Beijing Ritan Park. More than 100 works since the 1980s have been exhibited. The editorial department of Chinese painting held a reader's research conference, attended by nearly 100 people. In the first issue of the supplement of Chinese painting, the Symposium of Lao Jia's works titled "hammer beating the drum" was published, and Lao Jia's essays "random thoughts one, two, three" and 19 works were published. His works have been selected into the biography of Chinese young artists published by Taiwan Suiyuan art foundation and art trend (Hong Kong) press. Chinese painting chapter

In November 1993, with the contemporary Chinese Painting Exhibition hosted by Rong Baozhai, he went to the United States to exhibit his works and visited metropolitan and other art galleries. "Lao Jia - what is said inside and outside the painting world" is the preface of his works, written by Xu Zhucheng, a famous newspaper of Huashan literature and Art Publishing House.

In 1994, Niu Ying and other seven works participated in the "tension experiment -" 94 expressive Ink Exhibition ". On July 4, they went to South Korea to hold a solo exhibition and publish a large collection of Tibetan paintings.

In June 1997, he was invited by South Korea Asian Art Museum to visit Europe.

From September 21 to 30, 1998, the exhibition of "going home - laojia boutique" was held in Jintai exhibition hall, Chaoyang;

On October 7-11, he participated in the tension expressionism joint exhibition; on October 9-11, he held the grassland style exhibition in Shenzhen.