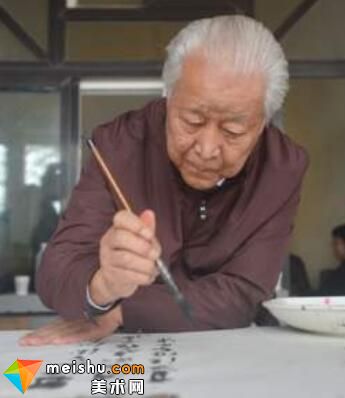 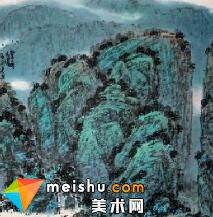 Yang Jianguo, studied in the Art Department of Northwest Normal University from 1954 to 1956, was taught and nurtured by all teachers, loved life and advocated nature. After graduation, I studied Chinese painting and calligraphy and attached great importance to the use of pens in the environment. I didn't intend to stick to the law. Dozens of works have been donated to international friends by provincial and municipal government departments, collected by museums, exhibited at home and abroad, and awarded with "excellent" and "best works". In the art counseling work, many students have become the backbone of art colleges or art units.

Since the 1980s, Yang has been engaged in the planning and design of tourist attractions and the research on the history of ancient architecture and art. The "master plan of Famen temple cultural relic tourist area in Shaanxi Province" and the "China health care villa" master plan of large-scale holiday facilities, which were developed by him, are praised by the State Council and other relevant departments. The paper on the origin of Chinese traditional architectural color painting, which has been published, dates back to more than 3000 years with rich and accurate historical data and careful scientific demonstration. CCTV, the World Economic Herald, Hong Kong Wen Hui Pao, as well as provincial and municipal radio stations, newspapers, etc. His biography and works are included in many dictionaries and works, such as the collection of Chinese literature and art biographies, the dictionary of contemporary Chinese artists, the world's celebrities (Hong Kong), the famous works of modern Chinese calligraphy and painting, the collection of fine works of Chinese art talents (China Academy of Art), and the collection of excellent works of contemporary calligraphers.

Yang grew up at the foot of Zhongnan mountain and between Chang'an and Weidu. These landscapes, which were often described and eulogized by Tang poets, also deeply affected him. In his works, no matter the spring is fresh, the summer is beautiful, the autumn is light, and the winter is gloomy, they all take the feeling of Qinling Mountains and Zhongnan; no matter the wind is mighty, the rain is falling, the spring is cold, and the road is looming, they are full of the author's deep love for life, so his works are very infectious. Although he doesn't have many strange skills, some of them are even close to landscape painting, and the bottom of the pen also shows some astringency, but it really shows his feelings and love for life. Yang Lao is a very dedicated person. He has taught books, investigated cultural relics, and engaged in tourism. No matter what he does, he treats it with sincerity and dedication. His character is also reflected in his painting style. No matter the size of the painting, keep improving. The style of painting has chosen the way of seeking truth, "the real taste can be tasted". Seeking truth in Chinese painting is not photogenic. It seeks the truth of image, which is more concentrated, more typical and more moving than the real image. Yang Lao is seeking this truth.

From experience, Yang Lao did not learn Chinese painting systematically, but he loved Chinese painting and calligraphy very much. In recent years, I have concentrated my time and energy on my favorite painting and calligraphy art. A large number of paintings have been painted, but few have been sent to people, exhibited, published and publicized. In his own words, he always felt that it was a work of personal interest and was not worth taking out. What a "work of personal interest"? Isn't this just the extension of Ni Yunlin's thought of "using brush and grass to comfort his ears"? Ni Yunlin's actions not only represent an era, but also open up a new realm for Chinese painting, which is to express his mood from personal interest. Maybe when he "consoled himself", he did not think that he would also console others and future generations, but this has become a flash point of Chinese painting theory. Yang Lao's paintings show the interest of "personal interest" and deliberately seek some way of expression. The ups and downs of the experience have wasted a lot of time, but also for the construction of fruit added experience connotation that others have never had, it will play an indescribable role in Yang Lao's interesting works. According to his own interest, along with the experience given by the perception, keep improving to draw his mind of the mountain and river world, which is Yang Lao's way of painting.

In 2008, the China Federation of literary and art circles and the Chinese and foreign celebrity culture research association, in the album of China's celebrities, launched Yang Jianguo, a giant in the flower bed, based on the value of cultural research. The "salute" at the beginning of the volume reads as follows: "he is a great painter who has studied Chinese painting technology for decades. His works have won awards in many exhibitions at home and abroad and have been presented as gifts to international friends by relevant leaders. With his broad mind and strong sense of national and social responsibility, he traced the history of Chinese traditional architectural color painting to more than 3000 years, making outstanding contributions to the cause of Chinese culture and art. "