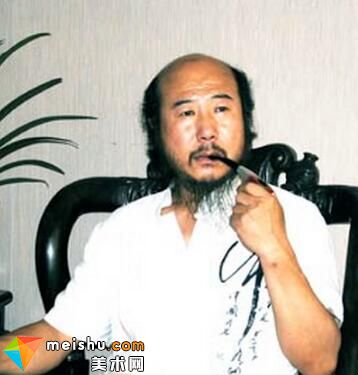 Zhang Rufeng was fond of painting since he was a child. At the age of 13, he studied the theories and techniques of Western painting school systematically. After graduation, he traveled thousands of miles for the study and creation of painting and calligraphy. During his decades of research and creation, he inherited the tradition and absorbed the essence of painting and calligraphy art of Zhang Daqian, a great master of Tang and Song Dynasties and modern times Follow the concept of "make the past serve the present, make the foreign serve the Chinese", and gradually form a modern art style of combination of Chinese and western, and integration of ink and color. Zhang Rufeng is good at splashing ink landscape, color ink flowers and birds, oil painting and gouache landscape painting. His works organically integrate the light and color techniques with the traditional brush and ink. They have both the modeling beauty of Western painting and the artistic conception beauty of Chinese painting. He has successfully integrated Chinese and Western culture.

At the same time, Zhang Rufeng learned from all the people's strengths and inherited the ancient and the modern, he also read a lot of books, widely involved in literature, history, philosophy, the book of changes and other fields, so that he had a deeper cultural quality. For more than 30 years, he has traveled all over Shandong, Shanxi, Anhui, Henan, Xinjiang and other places, enjoying the great rivers and mountains of the motherland, accumulating materials in many ways, among which he has also creatively integrated Yi Xue into painting. These Fengshui paintings not only show the artistic atmosphere of poetic and picturesque, but also make up for the lack of five elements in the life philosophy of collectors with the help of works, which are popular among people from all walks of life.

In Zhang Rufeng's works, Mount Tai, with thousands of competing peaks, lofty valleys, vast sea of clouds, scattered pines, majestic and elegant artistic conception, has built the human culture core of "a pillar of East sky" and "pulling the earth to connect the sky" and the magnificent landscape realm contained in Mount Tai, with strong visual impact and artistic appeal. Liu Dawei, chairman of the China Artists Association, fully affirmed and pointed out that his Taishan works "are vivid at sunrise, especially the sea of clouds changing with characteristics". Ouyang Zhongshi, a famous calligrapher, praised "unique ink rhyme, broad artistic conception and extraordinary momentum", which is also praised as "a pen of Taishan panorama". Zhang Rufeng's Taishan series of works are not only often designated as foreign affairs gifts by the relevant departments of the central government and provincial and municipal governments, but also collected by the Great Hall of the people, the National Museum, the Ziguangge of Diaoyutai and domestic and foreign political and business celebrities.