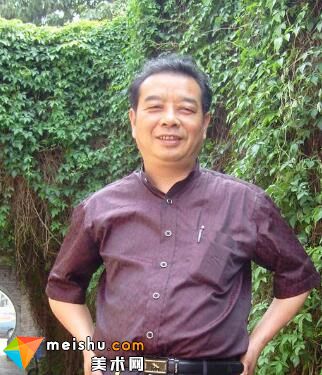 Xiao Zonglin, named Lanzhi of Minxi, is a native of Shuiyun, a resident of Yueju, and a person in the circle is called "the ghost of Minxi". Mr. Xiao Zonglin is knowledgeable and talented. He is good at poetry and calligraphy, especially painting. He is good at peony, lotus, lotus and landscape. At the beginning of painting, he started from studying the calligraphy and painting theories of predecessors and many contemporary famous artists, so as to establish his high-level cognition of the ancient art of Chinese painting. Fujian Minxi people, director of Chinese Calligrapher Association, deputy curator of Jinshi painting Museum, special painter of Zhongyuan calligraphy and Painting Institute, special painter of Shenyang Center of Hong Kong International Auction Co., Ltd., member of Fujian Art Association. Good at painting and calligraphy, flowers and birds, good at literature. His works are beautiful, natural, ethereal and not vulgar. He has won dozens of awards in the national calligraphy and painting competition. His works are broadcast on Guangdong TV station and southern TV station, and published in Phoenix Weekly, Guangzhou Daily, Fujian daily, Fujian literature, world weekly (USA), calligraphy and painting market newspaper, China painting and calligraphy art newspaper and other publications, It's called "Western Fujian ghost".