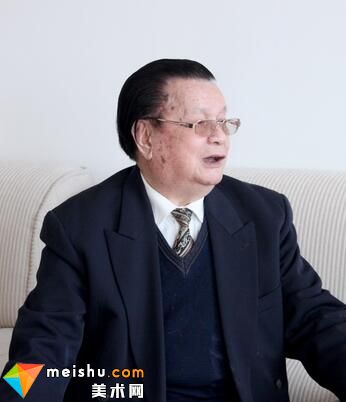 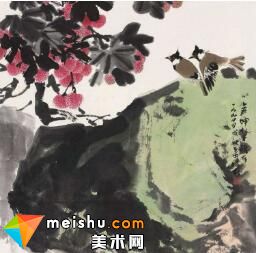 Ye LVYE, born in 1922, native place: Longchuan County, Guangdong Province, is a member of China Artists Association and a professor of Guangzhou Academy of fine arts. In his early years, Gao Jianfu got the essence of Lingnan Painting School, and his painting art was praised as elegant and poetic. He Zhuang is devoted to the development and innovation of flower and bird painting, absorbing ancient and modern ink, integrating Chinese and Western techniques, and breaking through the creative formula of broken branch flower and bird painting. After antiquity, Taoism is natural and heart painting is integrated. To explore the inheritance of traditional spirit, the integration of greatness and modern ideas, to describe the real sense of life, and to understand the true meaning of life. Its paintings are permeated with calm, plain, peaceful and ordinary verve, with the cultural connotation of opening up, openness, tolerance, calm and tolerance, highlighting the Lingnan culture and the spirit of Cantonese people, and opening up a new realm of Chinese flower and bird paintings that are both refined and popular. In 1991, ye LVYE was employed as the director of Guangdong Academy of Chinese painting research and the director of Lingnan School of painting memorial hall, the art consultant of Gao Jianfu Memorial Hall in 1994, and the honorary professor of Hong Kong Academy of Fine Arts in 1998. In order to make a systematic study of Ye LVYE's artistic achievements, in 2003, China Artists Association, Beijing Museum of culture and history, Guangdong Artists Association, Guangzhou Academy of fine arts, Guangzhou Museum of culture and history and Guangdong Museum of fine arts jointly hosted the exhibition of Ye LVYE - the Lingnan of moistening and held relevant seminars. The exhibition was first held in Guangdong Museum of Fine Arts in October of that year, and then in Beijing, China, in June of the following year The gallery is on display again. In 2006, ye LVYE's hometown Heyuan city built ye LVYE Art Museum for him. In 2007, ye LVYE building donated by Ye LVYE was completed in No.3 Middle School of Licheng, Zengcheng City, Guangdong Province. He was invited to the United States, Canada, Britain, France, Japan, South Korea, Singapore, Thailand and other countries, as well as Hong Kong, Macao and Taiwan for art exchanges, academic lectures and individual exhibitions. He has successively held individual exhibitions in China Art Museum and many large and medium-sized cities all over the country. The works are purchased and collected by China Art Museum and many domestic art museums.

Ye LVYE is the disciple of Gao Jianfu, the leader of Lingnan Painting School. He has held dozens of solo exhibitions at home and abroad. His works are full of novel and friendly painting styles. In 1986, he was invited to give lectures and hold exhibitions at Nanyang Academy of Fine Arts in Singapore. His works are collected by art institutions and collectors all over the world. In 1994, he created "Lixiang drunk in the south of the Yangtze River" and won the gold medal in China International Exhibition. In the autumn of 2001, at the invitation of the CPPCC of Guangdong Province, he created a huge painting "full of spring" as a gift to celebrate the 80th anniversary of the founding of the Communist Party of China. He has published two volumes of Ye LVYE's painting collection, ye LVYE's painting selection, etc.