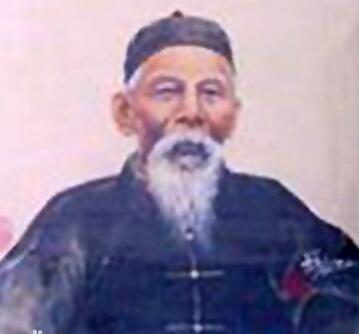 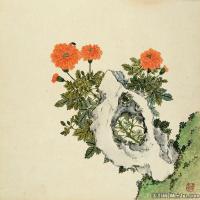 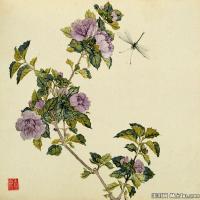 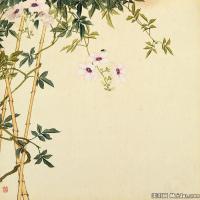 Gulian (September 22, 1828 - May 5, 1904), Guangdong Province, Panyu County Township (this is a Haizhu District of Guangzhou City) people, the word Shi Gang, No. Guquan, Gesanchuan, Lo Wu scattered people, because No. Geshan Qiaozi, late old man across the mountain. Gu Lian is a well-known traditional Chinese painter in the modern Lingnan area of China. He is good at painting flowers and birds, grass insects and characters, especially in painting. And its brother from the nest and said "two home." He initially studied Song Guangbao and Meng Liting, after absorbing the long, self-contained. It has been widely used in the inheritance and development of Yun Shou-ping's art of painting and painting, inheriting, developing and perfecting the art of "Habitat School". 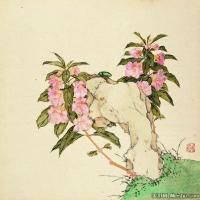 Gu Lian origin for the Jiangsu Yangzhou Baoying County, ancestors to Guangdong officer, then fall from the Panyu. The father of Zhang Hua, also known as the key, the word little Nan, Minqing county magistrate. Gu Lian was born in the Qing dynasty eight years (1828) on September 22, ranked seventh. Since childhood from the cousin home nest painting, about ten years old with the nest to go to Guangxi, and then with the nest as Zhang Jingxiu's military adviser, due to military merit, reward Dai Ling. During the study of Song Guangbao, Hua Yan, Jinnong, Yun Shouping, Badashanren, Xu Wei, who works.
Qing dynasty twenty-eight years (1848) and went to Guangxi, where spent eight years. Xianfeng six years (1856) spring back to Guangdong, in Zhang 's "garden" guest 10 contained. To 47 years old to return to Panyu, built "Xiao Yue Qin Museum" set up account for the disciples. [1]
Ju Lian in Guangxi "ring Bi Park" by the Jiangsu painter Song Guangbao and Meng Kun B. Song and Meng's painting techniques are absorbed by its integration. After returning from Guilin, Dongguan Zhang South Garden flowers and insects and insects, feathers butterfly butterfly, has become a mock painting deliberately creative object, and to play, has become both a solid traditional ink, but also a wonderful natural The Artistic Effect of Image. But also in the painting did not create a collision of water powder hit the powder performance of the new method, for the contemporary bias to theimitation of the former criteria of the art of painting habits, is a special live off, the new stream of easy flow.In 1855, Zhang Jingxiu due to the fall of Xun city, the next year returned to Dongguan home, and "home" also returned home in Guangzhou. After several times, his brother and several times should be Zhang Jingmo Zhang Jingmo and his nephew invited to go to Dongguan, intermittently, respectively, in Zhang Jingxiu Park and Zhangjia Mo Dawson Park guest for nearly a decade, to concentrate on artistic creation activities [3]. During this period inexpensive painting, painting great progress, Tongzhi three years (1864) Zhang Jingxiu can be in the garden after the death, the home with the nest return home, and soon began to build their own painting and apprenticeship of the "ten (Due to the planting of ten kinds of fragrant flowers, hence the name), to concentrate on painting to sell paintings for a living, and set up a garden of flowers, Hall apprenticeship, the famous Akira, peaches and plums very public. [3]
He carefully cultivated a number of students across the Guangdong and Guangxi, such as Yang Yuanhui in Guangxi, Fujian, Chen Fen, Guangdong's high-founding father, Chen Shu people. Wu Yizhuang, Zhang Chunchu, Rong Zuchun and Guan Huinong, who had been active in the 20th century, came out of his courtyard. Gao (Jianfu) later became the forerunner of Chinese painting innovation after the May Fourth Movement. He was known as the founder of the Lingnan School of Painting, and his technique and style were directly influenced by Ju Lian. 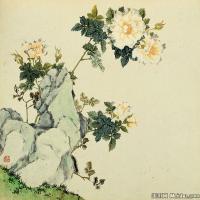