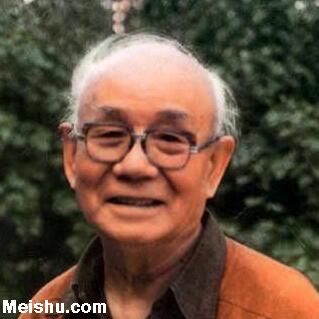 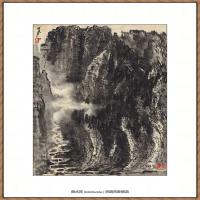 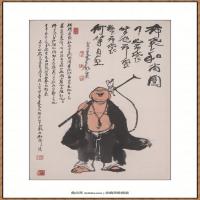 opinion
In landscape painting, Li Keran advocated the concept of bravery, the righteous soul "and" with the greatest skill in playing out with the greatest courage, the ancient landscape painting art has gained a new life.
He also stressed that landscape painting from scratch, from there to no, that is, from simple to rich, and then from the rich to pure.
In the aspect of sketch, Li Keran thinks that sketch is the science of image research. The only purpose of sketch is to reflect the objective image accurately. The accuracy of image portrayed, and decent, light and shade, light on the development of scientific reason, Chinese painting only benefits, no harm.
Li Keran also proposed to adopt a refining ten proposition. That is, mining is difficult, smelting more need to pay hundreds of times of labor, the true artistic creation must be both mining and smelting workers dual hardships and hard work.
Characteristic
landscape
Li Keran's landscape painting attaches importance to image cohesion. His landscape works in 40s is a linear ink structure. After 50s, the works by the linear structure into clumps of ink ink with ink, the overall structure, and simple and rich, strong and vigorous, deep and thick. Li Keran's painting will light into the picture, especially good at the performance of mountain morning between backlighting of the works is a vague, confused, wandering streamer characteristic. Generally speaking, Li Keran's landscape painting is closer to the perceptual reality than the Ming and Qing landscape painting. In a sense, it weakens the independence of taste and form taste.
character
Figure painting dynamic Li Keran is subtle, exaggerated image but not demonize, simplicity but not simple, full of humor, wit and life characteristics.
cattle
Li Keran painted cow, interesting, or, or lying, or dabbling in water; the cattle back, young shepherd or the mountains, or carefree and content, turn, or races, a few pens, then tick a rustic and vibrant pastoral scenery.

Lao She Zanhua
In 1944, the "Li Keran" freehand brushwork exhibition held in Chongqing, "a painting" in Lao she wrote: "about five years ago, members of the association of the sale of the calligraphy and painting, dyeing brothers painted a picture of buffalo, a landscape, and handed it to me. The two I bought the buffalo, today is my study and the living room and bedroom hanging. I love those very cow!"
Propaganda war
The Anti Japanese War, Li Keran in Xuzhou and taught hall founded the Anti Japanese war room, while the creation of black, green and white stone war pictorial, Li Keran's creation at the same time draft, there are 7 students with color, writing calligraphy title. This has completed hundreds, by young students Zhang parade, collaborative Anti Japanese propaganda team, in urban and rural tour show. They held the exhibition publicity, arouse the people, inspire people to work during the Anti Japanese war.

Guangzhou Acmdemy of Fine Arts professor Li Gongming said: "in the process of the transformation of the new Chinese painting, Li Keran's sketch of landscape and red landscape in this new tradition of the achievements are of original significance."
Shen Peng first "Li Keran works of calligraphy and painting, calligraphy volume preface" said: "calligraphy is not only more than the matter of Li Keran, but also an important part of all his art activities. He said that because calligraphy only takes up less time than painting, and occupies the second place with the number of paintings. However, from the theory and method of painting the same meaning, from the abstract principle and structure of calligraphy, calligraphy is not only not more than, but can be dyed the important art foundation."
Li Keran's son, Li Xiaoke, said in an interview: "my father has given us the most benefit is his attitude towards art and life, his story reflects his attitude to art."
Lao She in the "Li Keran" the author of freehand brushwork painting "in the poor, can occasionally see a few good picture, feel refreshed."
Wu Zuoren in the "preface" in the exhibition China Li Keran said: "the art world to wide, and imaginative landscape. Peak love hidden, but the clouds huff, not caught; Lan Ying tree light, to win a state of ink color, to jump."
Fan Kuan: his paintings are more mysterious. "Travelers among mountains and streams" reflects the Oriental heart wide, so large. The prospect of low, behind the mountain is quite large, and prospective height accounted for 2/3, accounted for 4/5 of the width, feel very tall mountain.
Li Tang: good ink, Cunfa tight, strong sense of the mountain show.
Wang Meng: Well, the ink landscape, calligraphy is very good.
Huang Gongwang: good ink
Shi Xi: draw heavy, weighty, multi pen, pen smooth. All ages, regardless of Chinese and western, no one is not deep on the hard work.
Shi Tao: run a lot of places, so painting new ideas, good mood, very few formulas, no fixed.
Badashanren painting abstract: his detachment of multiple components, with exquisite ink.
Gong Xian: he developed the ink method. Chinese brush ink Xuan Ling, a layer of a painting, Bibi added, to deep and ethereal, not in not lag Qing Cang gas, it is difficult to.

Li Keran Art Museum by Li Keran Art Museum, the former residence of Li Keran and the new West Kuayuan composition, total area
Area of 7.2 acres (4810 square meters), with a total construction area of 3029 square meters.
Li Keran's former residence was built in 1922, a total of 12 houses, a brick courtyard structure for the tile. In March 28, 1994, the former residence of Li Keran display of the two phase of the project "Li Keran Art Museum" was open to the public, the Museum covers an area of 280 square meters. Construction area of 320 square meters, for the combination of Chinese and Western architectural style of the construction of the two storey building. Demolition in the construction of the three phase of the project. In 2006, the Xuzhou municipal government decided to Li Keran's home in the south of the former residence of Li Keran expansion of the three phase of the project. Three project covers an area of more than 4 thousand and 200 square meters, construction area of 2600 square meters, is expected to invest $about 30000000.
The new museum is located in the former residence of Li Keran Li Keran on the south side, December 5, 2006 officially started, completed in December 2007 completed, covers an area of 4810 square meters, construction area of 2829 square meters. The four part consists of exhibition hall, lecture hall, comprehensive function rooms and an outdoor courtyard.
Xuzhou City, the former residence of Li Keran "opened in October 1, 1985, later renamed the Li Keran art museum. The "home" into a courtyard structure. The south is hanging on the wall can be dyed with huge masterpiece "Mount Huangshan you", on both sides with the west wall hanging room early, written by Li Keran Qi Baishi "s Thought on Changsheng system model". The interior furnishings are simple and elegant, antique, as follows. For the north and Westinghouse's life story showroom, people can from a large number of words and pictures in the dyeing road of art and creative thoughts, and his patriotic utter innocence.
"Art exhibition hall", is divided into two exhibition halls, displays Li Keran's donation of the world "," Lijiang River landscape special "Mount Huangshan cloud", "Jiangnan rain map", "Lotus summer map", the five Niutu "," Yin map "forty pieces of masterpieces. The hall also displays various versions of the album, Li Keran art theory, photo albums, and sea research review Li Keran's monograph experts.
Both north and south of Xuzhou residential style influence. Concentrated in the general housing is thick and closed, but the living room light and open, his home is no exception. The main house and South Wing Westinghouse are heavy closed, relatively tall buildings in the north, in the repair of heightening eaves roof decoration, ventilation ridge high specification, on both sides of the walls decorated with flowers mountain cloud patterns, highlighting the main real status.