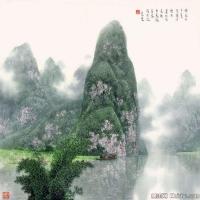 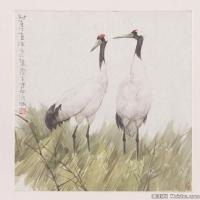 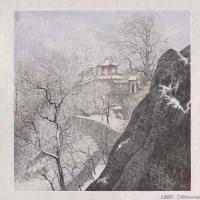 The Central Academy of fine arts professor, China Artists Association of committee director Shao Dazhen:
Wang Guowei in the "human words" said: "we make, the romance will be the scenery will be excluded the eyes and ears gladdening the heart and refreshing the mind. He blurted out without a feminine attire of the state. To see who their true, know deep." Here is the word. Painting, how it is not the case. Song Di creation are entering the realm of life, and he was the creation of a strong period, his future is limitless. (Shao Dazhen 1991)
Deputy director of the National Museum, the famous art theorist and painter Chen Lvsheng Sima Xiangru: "Han" Shanglin Fu "cloud service: in the world of music alone, regardless of the ordinary heroes, there are only. The only Buddhist sense, but since the enlightenment. The Taoist only feel, oneself mystery. My brother in the painting of the song from the door, into a single cell, such as character, personal independence of conduct, Shicai orphan. The show in the painting, if the lianghuiwang of dule, mortal and difficult to enjoy."
Chinese collectors association expert advisory committee secretary general Liu Jianye and Song Di never met, but when he saw his work after this evaluation is given:
Song's works are the typical fusion of Chinese and Western art. Standing in front of his works you will feel shocked, because who can not imagine, someone will show the effect of Western oil painting on rice paper. The deep level, bright light, Xuanang momentum, gorgeous and varied colors make you dazzle. Read Song Di's works, the first impression is that this is a typical foreign, which is injected into the China traditional spirit in Western painting in the sample. This is beyond the times, change the era of revolution. It is no exaggeration to say that the development of the traditional skills of song Diyong, the performance of the traditional painting style cannot show.
The song is called "Chinese polyester works of modern ink painting of perfectionism". According to my song Di saying is "since the Song Dynasty formed a system of polyester style, Chinese painting adds a system, that is the color ink painting". This is the appropriate evaluation. From this perspective, the song is the most bold contemporary painting from the most successful revolutionaries. Song's creative spirit has opened up a new path for world painting. Song polyester in the inheritance and development, are contemporary representatives of a handful.