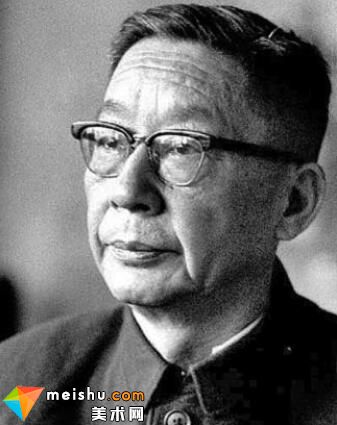 Personal experience
Lao She was born in Beijing in 1899. Father is a Manchu troops killed in the Allied forces to attack the city of Beijing in the war. The whole family on the mother who washed clothes work to maintain life.
In 1908 nine people by Lao She, beginning to enter the school.
In 1913, the third was admitted to the middle school (now Beijing third), a few months after the economic difficulties dropped out, the same year admitted to the public of Beijing normal school.
Graduated in 1918, was appointed to the Fang Hutong primary school headmaster. Two years later, was promoted to the Beijiao Education Bureau advised the students to work hard but because the old forces and the education sector and the local, active soon resigned this well paid job, back to school.
In 1921, in the "new" overseas published "her failure" vernacular fiction, signed to give, this is the earliest one of the works of Lao she found so far, only 700 words.
In 1922, after joining the Christian gifts, in Tianjin Nankai Middle School to teach Chinese, and in Beijing, Beijing local education services group. In the meantime, he is keen on social services, but also English evening and Yanjing University tuition English.
In 1923, in the "Nankai Quarterly" published his first short story "the little bells".
In 1924, in the UK, as University of London SOAs (School of Oriental and African Studies University, of London) lecturer.
In 1926, in the "fiction" on the series of novels "Lao Zhang" s philosophy, first signed "Shu Qingchun" second period "of Lao she". After three years in the UK to continue writing, CO authored three novels "Lao Zhang philosophy", "Zhao Ziyue", "horse".
British teaching career makes Lao she a qualified writer.
1929 summer, returned from England, in Singapore DC for half a year, any secondary school teachers.
1930, returned to Qilu University Professor, while writing teaching.
1931, married with MS. Hu Xieqing, the same year published a long "small slope birthday".
In 1932, the creation of "Cat City" and "modern", serialized in the magazine. After a few years, Lao She has created a "divorce" and "crescent moon" has an important position in the history of Chinese modern literary works.
1934, Professor of literature, Shandong University.
In 1936, Lao she resigned as professor of Shandong University to concentrate on writing. In September, the "camel Xiangzi" in the "universe wind" series, in 1939 the book was officially issued by the world house.
1937, returned to Qilu University in August to teach. November alone to Wuhan.
In 1938, Lao She was chosen as the China National Art anti Association executive director and director of general management, to preside over the daily meeting, on behalf of "and", and is responsible for the association of leadership. In July of the same year, the association moved to Chongqing.
In 1939, Lao she translated English version of "Jin Ping Mei" in Renton publishing, translated as The Golden Lotus, this is the Western authoritative version of "Jin Ping Mei", has issued four times.
In 1944, by the creation and revival of printing company Liangyou publishing "Sishitongtang" the first volume of "confusion".
In 1946, the U.S. State Department invited the United States to give lectures in a year, the same year published "Sishitongtang" volume second "live".
In 1949, with more than 30 literary friends letter decided to return, October from the United States, arriving in Tianjin in December.
1950, the Chinese folk literature research association was established as vice chairman.
In 1951, was awarded the "people's artist" title.
In 1953, was elected as the chairman of the Federation, vice chairman of the writers.
1957, "teahouse" published in the "harvest" first phase.
In 1966, during the Cultural Revolution to humiliation, scuttled in Beijing's Pinghu.
In 1968, won the Nobel prize nomination, and won the first vote, because Lao She has not died, regret giving Kawabata Yasunari.
In 1978, Lao She was rehabilitated and restored "people's artist" title. The symbolic tombstone engraved with his words: "literature conscientious pawns, sleep in here."
marriage and family
In 1930, Hu Xieqing is studying at Beijing Normal University, the mother afraid of her because of the academic and delayed marriage. Mr. Luo Changpei, a linguist, was a friend of Hu's brother. Once, he went to Hu's house to play. The Lao She just returned from London, and his works, so Luo Changpei to Hu mother introduced Lao She, that Lao She's talent and character, Hu mother very happy, they set up the private together with Luo a handsome son-in-law, so a careful plan to Lao She's meeting with Hu Xieqing.
The winter of 1930, Lao she returned to peking. Under Luo's arrangement, Lao She is pulled by the friends everywhere to eat meal, but on the dining table always has the beard. After frequent meet, Hu Shu and having an affair. Until the summer of 1931, Hu graduated, two people held a wedding.
After marriage half a month, Lao She took his wife to Ji'nan, continue to teach at the University, Hu Xieqing in a middle school teaching. Two people first child was born in Ji'nan, is a girl, named Shu ji. In 1935 second children, son Shu Yi was born in Chongqing, 1937, gave birth to three children, daughter of Shu Li

Cuigao.
During the war, the publication of the "youth beixinshuju circles", told the writer Lao she urged. Lao she sent in at the same time, humorously sent a letter with a taste of the opera Cuigao letter sent to the emergency order: Marshal: no food no soldier! Who put the gun on the horse, "the youth community" on the go one way, barking! Malay! See marshal. How many people? To a word! Are the remnants of a rabble army! Bill rest! Warrant! It is the flag clearly, murderous full hill!
I made
The writer has to visit Lao Lou shiyi. "What have you written recently?" Lou Shiyi asked. Lao She's Manchu origin smiled and said: "I am" I ", when the US' Emperor 'Polish manuscript!" A burst of laughter, we know Lao She are being subjected to a new task -- to modify his autobiography "my life for the last emperor".
My poetry
Lao She came to many young people, ask how to write poetry. Lao She said: "I will not write poetry, just blind together." It was suggested that Lao She spot blind together a song. "Rain all day Xian Xinghai, Changhong ice; Ying Cheng SHEWO Biye, Lin Fengmian." Lao she casually hum the song chic lines. Only 20 words of the 8 familiar and commendable literary name, "blind join together, vivid, open artistic conception, endless aftertaste. Young people are listening, all praise wow. The poem mentioned in the rain or sun rain, modern poet and literary translator. The Xian Xian Xinghai, the people's musician. Gao Changhong is a modern celebrity. The day is a drama, film. The ice is Ying Xie Bingying's, modern female writers, the people of Hunan. Cheng Shewo served as the chief editor of Chongqing "new Sichuan newspaper". The two are contemporary writers. Lin Fengmian is a painter.

Lao She is the first woman to win the title of "people's artist" of the writers of the new China, he is also known as the contemporary literature understand the painting of literati; Lao She's lady Hu Xieqing has studied Qi Baishi, in the dark, China is one of the representatives of female artists in twentieth Century. Two gentlemen good collection, collection of works spanning the ancient, splendid. They used to display these collections at home, regular replacement, invited friends and the living room viewing, west wall with "Lao She Gallery".
In February 2nd, Lao She Gallery moved to Chinese Art Museum, opening day of the "Lao She, Hu Xie Tibet exhibition", let the audience to talk about art on the road with the masters, to cherish the intersection of literati art story.
The exhibition has more than 200 pieces of works, the first complete presentation of Lao She and Hu Xieqing made in the book, painting, printing, ink, exhibits almost near contemporary painters "wiped out", light is the works of Qi Baishi have more than 70 pieces, the time covered to the Ming and Qing Dynasties two dynasties, to the contemporary, such as a WAN the art history in miniature.
At the same time, by the Chinese lasted more than a year of careful compilation of "Lao She Hu Xie Qinghai Tibet album" a set of five volumes, recently published by the Beijing publishing house. This is so far the only a comprehensive reflection of literary giants Lao She and Mrs. Hu Xieqing lifelong collection status of the study of Lao She, Chinese of modern history research, is of great significance.
Chinese Guardian 2009 Autumn Auction "new Chinese art special, it has launched the Qi Baishi boutique" peace ", by all collectors of all ages, to 5 million 656 thousand yuan turnover. 2013 spring auction grand night, is the grand launch of "Lao Hu Xie Tibetan painting special, 16 pieces of Qi Baishi, Huang Binhong, Fu Baoshi, Yu masterpiece 100% transactions, the total turnover of 168 million yuan. The turnover situation, the market is highly recognized by the Hu Xieqing collection standards on Lao she shows, and respect for the literary elegance of the couple.