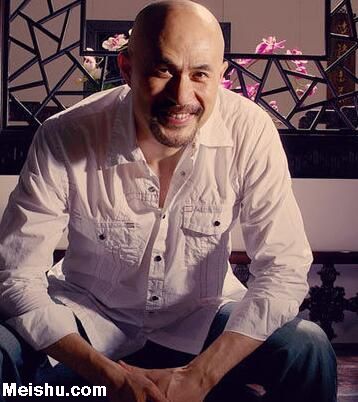 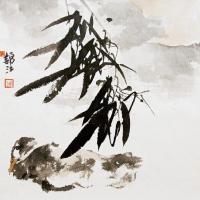 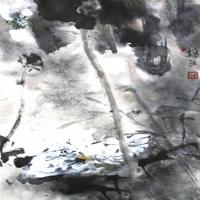 Hongkong famous film and television actor Elvis Tsui, although the family for generations of doctors, but Elvis Tsui was not interested in learning medicine, and painting has a special interest. Because of their home and Guangzhou south of the Five Ridges school master GuanShanYue is a family friend, so he became an apprentice GuanShanYue never easily closed door disciple, he and one of his first sight to marry a woman is married, and that I really respect for the actor or because of a film - erotica.

He and Hsu Chi in the film played on a three film actor, but the difference is that Hsu Chi was very red, while Elvis Tsui is still in his various all sorts of strange things. The drama played by Elvis Tsui, the three actors are very professional, he can be very devoted to suck the actress's foot, and looking for different ways to achieve realistic appealing effect; in order to make a good a sex scene, he repeated practice, it was strict in demands. But the real touching scene in filming, his wife and son came to visit, to see the director Xing he and his wife's love and care for his son, one family enjoyable, a Xing realized that in the face of life, everyone is lovely and lively, even if the film is three piece, too to use our understanding of art work to do, not only to live, but also for the ideal. When I saw this, I also felt for the first time, in the face of such a small man, the moral has become humble.

As in Elvis Tsui, his career is not as expected but this does not prevent dazzling, I think he is a good actor, Wu Zhenyu said, I played a lot of movies, but I haven't played a role. I don't dare to say that Elvis Tsui's role is not bad, but I think he is to do, very good.Graduated from the Guangzhou Academy of Fine Arts

Few people know that Elvis Tsui graduated from Guangzhou Acmdemy of Fine Arts, majoring in painting, before entering the entertainment industry, he had a book, exhibitions, living a free artist. After entering the film and television circles 20 years later, he can finally get back to the previous life of the artist, the collection of works of art became his hobby.

When the Guangzhou Acmdemy of Fine Arts, Elvis Tsui was the famous painter of South of the Five Ridges painting school under the tutelage of GuanShanYue second generation, "the outside world flatter me, actually teach me most is the teacher's son-in-law guanshanyue." In the study of painting at the same time, Elvis Tsui also got a lot of famous painting: the same as the second generation of the south of the Five Ridges school, Li Xiongcai Yang Shan; Guangdong oil painting masters Chen Yanning; famous painter Shi hu...... In fact, these paintings any one is very valuable, but Elvis Tsui never sold the idea of painting. "I figured after building a museum of its own, will be home to all the art collection of the public display of good stuff, all cover hidden at home, too bad."

Looking to the future

Through their own accumulation of art, the collection of continuous research.

Elvis Tsui began his artistic creation, and is a professional art, he engaged in interior design. "I work in Beijing, is a tall building. From the design, construction, are my wife and I personally supervise the decoration." Elvis Tsui revealed that his work is about to participate in next year's national interior design art exhibition, and the country's professional designers with the game. "Next year, I have a book, but also I plan for many years. This book is all my story, but it's all about my collection." Elvis Tsui is very satisfied with his ideas, his career and art career accumulated collections, photos, photos of the gift, with a picture of a story in the form of telling his story to you.

Fall in love at first sight

Showbiz love always give people the impression of Elvis Tsui is not reliable, in order to break this is not reliable, and his wife married 17 years, as long as the filming took wife with me. "I'm going to let my wife know that our circle is not the same as the outside world." Elvis Tsui and his wife ant (Yin Zhuping) met 3 times, said the 3 words, the two registered marriage. This relationship has gone through 17 years, two people are still inseparable, inseparable, others envy.Elvis Tsui graduated from the Guangzhou Acmdemy of Fine Arts, a student of the late southern Chinese painting master Ling GuanShanYue, is worthy of the name of the artist, in recent years, he focused on art creation, also held art exhibition of his paintings, "Qiu Luo Shan" wet slack has even been offered NT $7 million, but he is not willing to sell art talent to get a lot of attention.

In addition to good at painting, calligraphy, sculpture, ceramics and he even have covered, so he is currently the biggest wish is to build your own art park, a total investment of NT $30 billion, this year is expected to open, but he did not reject to work, but now no distraction for art park.

Aobai, The Golden Lion classic role created by Elvis Tsui is well known, but because of rising fame and suffering from depression. "I really can't find myself for a while. The busiest time in the morning in the mainland, in the evening in Taiwan, the middle of the night to wake up do not know where they are." Until the teacher GuanShanYue daughter Guan Yi in GuanShanYue Centennial Exhibition, Elvis Tsui started to pick up the brush, walk out of predicament.

As a close disciple of famous Chinese painter, educator GuanShanYue, Elvis Tsui took personal intention to create more than 30 pieces of ink and sculpture show, round a long cherished wish. The exhibition also convened various categories of outstanding artists, classic role by Elvis Tsui Congyi played for symbolic theme creation. In addition, Elvis Tsui visited the "15 of us" live to get inspiration, and flat residents joint creation of the paintings are on display in the exhibition, and several residents have left flat reunion, a lot of emotion.