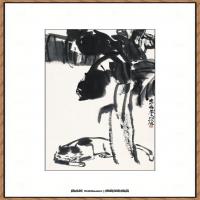 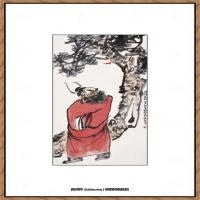 Wu Yueshi was born in Beijing in 1945. As a teenager, he began to learn Chinese painting. In the 1950s and 1960s, he was taught by a famous Chinese painter Wang Zhujiu and Dong Shouping.

From 1961 to 1963, technicians in technical secondary schools of Beijing Forestry Technology School graduated from Beijing Academy of Chinese Painting from 1963 to 1964. From 1964 to 1967, Beijing Academy of Agricultural Sciences was engaged in the work of popularization of science as a cadre. From 1967 to 1978, Miaofengshan Commune of Mentougou District of Beijing was assigned to work as a farmer. From 1978 to 1984, Beijing Painting Shop was engaged in the work of appraisal as a director. From 1984 to 2003, the Vice-Secretary of He studied English with a degree in language from the University of California, USA, from 1987 to 1989, was a professor at the Malaysian Academy of Arts and Arts from 2000 to 2002, and was honorary president of the American-Chinese Cultural Relics Association in the field of Cultural Relics Identification in 2002.

He left the mainland of China in the mid-1980s and lived abroad for more than ten years. He returned to Beijing after 2000. Now he is the tutor of Wu Yueshi studio of China National Academy of Painting. The National History Museum, the Chinese Academy of Art, the member of the Chinese Artists Association, the director and deputy secretary-general of the Oriental Art Exchange Society, the director of the China International Cultural Exchange Center, the consultant of the American-Chinese Collectors Association, the honorary president of the Sino-American Cultural Relics Exchange Association, and the leader of the Chinese painting circle.

He has profound Chinese culture and painting theory research, and is good at painting and calligraphy appreciation. Youth began to travel all over the world, in-depth life, sketch creation. His works are clear, free and easy, vigorous, spicy, strange and vivid, and are highly respected masters of freehand brushwork Chinese painting. He has held individual exhibitions in Beijing, Nanjing, Shenzhen and other cities, Japan, the United States and other countries and regions, and lectures in the Central Academy of Fine Arts, the National Academy of Chinese Painting, the National University of Singapore and the Asian Art Research Center in Los Angeles, USA. The works are collected in the Great Hall of the People, Zhongnanhai and many museums and memorials. In the early 1980s, China Central News and Documentary Film Studio filmed a special documentary for Wu Yueshi, a aspiring artist. In recent years, Beijing, Nanjing, Taipei, Singapore and other television media have filmed special films to introduce their artistic achievements. There are also relevant reports and articles in newspapers and magazines at home and abroad. Published "Wu Yueshi Painting Collection" and "Wu Yueshi Works Collection" and so on.