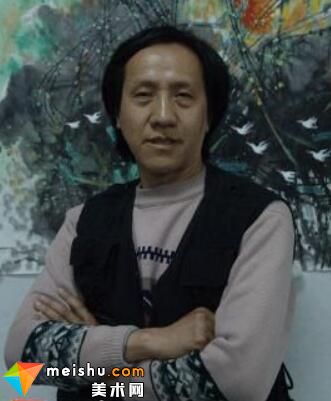 Lin Ping, a native of Fuzhou, was born in 1955. He is an ordinary Lin family and a name. He is also a descendant of Lin Shu, a great translator in modern times. Since childhood, I have loved painting, traveled to the countryside, and engaged in stage art, advertising, architectural decoration and design art. In the 1980s, a member of the Chinese Artists Association and a 88-year oil painting "Milestone of the Times" were selected for the 60th anniversary art exhibition of the founding of the Army. The works were permanently collected by the National Military Museum. In 89, they were included in the "List of Contemporary Chinese Artists" as senior artists and artists, and the friendship of the country.

Painters specially appointed by the Academy and members of the People's Artists Association. Academician of China and Overseas Academy of Calligraphy and Painting, Executive Academician of Beijing Baoyanxuan Academy of Calligraphy and Painting. With passion and creative ideas, landscape painting is the main, flexible and unique, innovative and environmentally friendly, with strong visual impact and music melody. It belongs to post-modern emotional expressionism. Actively participated in charitable auctions for public welfare charities and works of art. He has participated in various national calligraphy and painting competitions for many times and won gold, silver and excellent prizes. He has won honorary titles of ambassadors for cultural exchanges between China, Japan and Korea and international artists. The Mirror Heart fan of the work "Red Leaf in Mountain Village" was successfully dropped into the contemporary special event of the 2013 Four Seasons Auction in Beijing. His personal works were selected by the mainstream domestic and foreign art publications "Art Observation", "Oriental Calligraphy and Painting Figures", "Chinese Ink Painting", "Contemporary Chinese Painting Art Masters Collection" in the 2008 National Painting and Calligraphy Exhibition of "Harmonious China and Centennial Olympics", and his works were permanently collected by the Beijing Organizing Committee for the Olympic Games. In 2013, his works were published by People's Fine Arts Network, China Artists Network, Guangming Daily, China News, Art of Central Government Organs, China International Philatelic Network, China Stamp and People's Political Consultative Conference. We have published and reproduced works of art through the media network. In view of its achievements in painting and calligraphy, it has won recognition and praise from the industry and won the title of "Special Contributor to China's Credit Construction in the 60th Anniversary of the founding of the People's Republic of China".

The oil painting "Milestone of the Times" created in 1988 was collected by the National Military Museum. "Harmony" in 2008

In the large-scale art exhibition to welcome the Olympic Games in China, the exhibited works were collected by the Beijing Organizing Committee for the Olympic Games. Many of Mr. Lin Ping's works have been reported in domestic newspapers and magazines. In 2009, the heavy-coloured traditional Chinese painting "Mountain Village Red Leaf" was published in "Art Observation". His representative works were also reported by "Guangming Daily" and "China News" respectively. In 2014, his main works were featured in the special issue of the closing of the two sessions of the People's Political Consultative Conference. He also received a special video interview with Xinhua Art Forum by Xinhua News Agency.

What is more surprising and proud is that his work Tianshui Pastoral Song was formally incorporated into the primary and secondary school art textbook in July 2014.