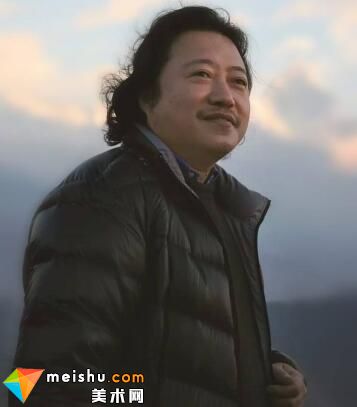 Ji Lianbin is a Chinese figure painter who grew up with China's reform and opening up. He graduated from the Department of Chinese Painting of Lu Xun Academy of Fine Arts in 1982 and has been engaged in professional creation in Heilongjiang Academy of Fine Arts for 20 years. In the past 20 years, great changes have taken place in the field of Chinese painting. The development of Chinese object-oriented paintings from realistic thematic paintings has formed a diversified creative pattern. Ji Lianbin's ink and wash figure painting style was formed under such a big background. He completed a qualitative leap from the first direct extraction of real life to the expression of ideas and images. His creative orientation is in line with the aesthetic needs of the era of subjectivity and qualified spirit.

To appreciate Ji Lianbin's works, the first distinctive feature is spiritual freedom and Transcendence of reality. By describing nature, the painter creates illusory imagery situations, expresses his deep feelings of life, expresses his humanistic concern, and reconstructs the poetic combination of man and nature. His works have rich spiritual connotations.

Ji Lianbin's works are not an objective reflection of natural reality, but a product of spiritual release of painters living in the impetuous and noisy urban environment for a long time, and a true expression of their yearning for returning to nature. All artistic creation is the feedback of real life experience, and the process of the times brings an invisible and profound spiritual variation to everyone. The promotion of material civilization does not mean the freedom of mind. In the new century, the development of modern science and technology and the arrival of the electronic age have changed people's living conditions and behavior. Urban high-rise buildings stand like cement jungle, and the pursuit of material desire by the common people has broken the peaceful mood of the past. Intense competition has accelerated the pace of life and caused physical and mental anxiety. While enjoying the conveniences of modern material civilization and urban life, Ji Lianbin also deeply felt the spiritual depression and helplessness. He wrote in an article: "In the increasingly decorated city, the expansion of desire, mechanical victory has brought spiritual distortion and alienation, depression, loneliness, indifference is the shadow of the city, in the roaring noise of machinery, the city has lost its poetic flavor...". Urban material creates the illusion of happiness. The song of nature is fading away from us. The green dream of escaping the city and returning to nature is the spiritual desire and spiritual consolation of the urban community. After reading this passage of mind, it is not difficult to understand Ji Lianbin's choice of Tibet, a region far from the city, as his creative theme. His theme of Tibet is not to show the real life of Tibet. In fact, he borrowed this primitive national style to express his consistent theme, which is the life implication derived from the relationship between entry and nature. This magical land is suitable for the illusion of his mind.

He is currently Deputy Director of the Standing Committee of the National People's Congress of Inner Mongolia Autonomous Region and honorary president of Genghis Khan Academy of Calligraphy and Painting (Ulanhot).

Mr. Hu was fond of painting and calligraphy from his childhood. He was taught by famous Chinese painters, Mr. Bai Ming and Mr. Ren Dechao.

His works include Exploration of the Operation of State-owned Capital in Cities, Practice and Thoughts, and Poetry Collection Untouching Thoughts.