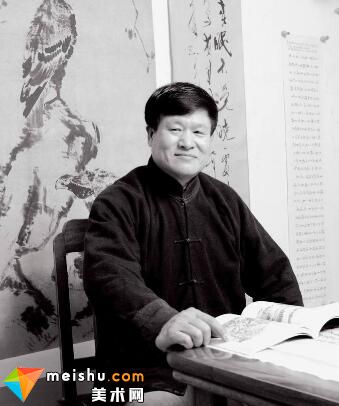 Chen Quansheng was born in Qingdao in 1950 and grew up in Jinan. He was the director of the Chinese Association of Fine Arts, the vice-chairman of the Shandong Association of Fine Arts, the first-class national artist and the top professional and technical talents of Shandong Province. He enjoyed the special government allowance issued by the State Council and was awarded the title of Shandong Deyi Shuangxin Artist in 2002.

Chen Quansheng, born in Wendeng, Shandong Province, is a first-class artist of Shandong Literature Society. In 1986, he was elected the third director of China Artists Association. Since 1988, he has been elected vice-chairman of Shandong Artists Association for three consecutive years and guest professor of Shenzhen University School of Art. Since 1994, he has enjoyed the special government allowance issued by the State Council. He has been awarded the title of Shandong Province's top technicians for two consecutive sessions. In 2002, he was awarded the title of "Artist of both virtue and art".

He has been engaged in art creation for 40 years, and is good at ink and wash painting, meticulous painting, illustration comic strips; he pays attention to the study and research of traditional culture, besides western art, and creates a number of influential works at home and abroad. He has won more than ten awards in national art exhibitions and professional painting exhibitions, two international professional awards and more than 10 provincial professional awards. The comic strip Xin Qiji won the silver prize of the Sixth National Art exhibition, the second prize of the third national comic strip evaluation Award for Dream in Margin, and the first prize of illustration of the third national book-binding Art Exhibition for Romance of the Three Kingdoms.