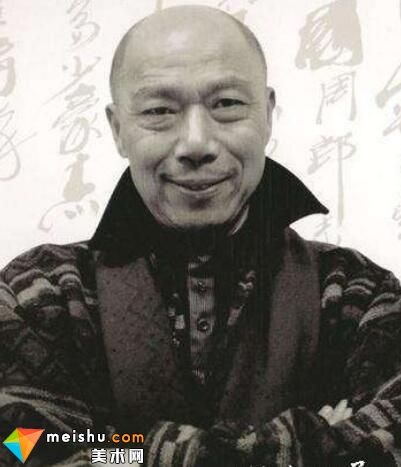 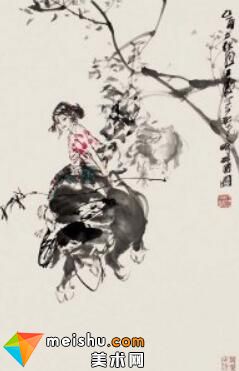 (1943.9 -) Wang Shouxin, formerly known as the owner of Dutianzhai, was a tea customer in Xiting, Hefei, Anhui Province. He graduated from the Art Department of Anhui Normal University in 1967. Graduated from Graduate School of Traditional Chinese Painting, Zhejiang Academy of Fine Arts in 1981. He was Vice President of Anhui Academy of Calligraphy and Painting and Vice President of Anhui Artistic Association. Now he is the president of Anhui Painting Academy of China, the director of China Artists Association, the chairman of Anhui Artists Association, the first-class artist of the state, and enjoys the special allowance of the State Council. In 1985, he was invited to hold art exhibitions in Guam, the United States. In 1986, he held a personal art exhibition in Beijing Artists Gallery. In 1987, he was invited to hold "Anhui Modern Chinese Painting Exhibition" in Federal Germany. In 1988, he went to Singapore to lecture and hold a personal painting exhibition. In 1993, he was invited to visit Thailand and Korea, and held "Korea-China Calligraphy and Painting Exchange Exhibition". His works have been selected for many professional exhibitions at home and abroad and won prizes for collection. He was invited to hold exhibitions and lectures in the United States, Germany, Singapore, Thailand, Korea and Japan. His works include "The Last Bowl of Stir-fried Noodles" and "The Land of Recovery". Published "Wang Tao's Figure Painting", "Selected Works of Wang Tao", "Wang Tao's Painting Collection". Critics commented on his works with a wide range of themes, deep artistic conception, ink blending, bold and unconstrained, the momentum and strength of the composition of the picture expressed the coincidence of personal feelings and modern consciousness.

Wanjunchi (Appreciation of Calligraphy and Painting, Editor-in-Chief of Zanzhen Magazine): Wang Tao's heroic complex, poetry temperament, sense of distress and creative mentality. From his works, we can chew humour and acrimony. Taste elegant, smart, and feel the faith, conscience. He is good at using and changeable, but also aesthetic and realistic.

Fang Zengxian (Vice Chairman of Shanghai Artists Association): Wang Tao's success lies in "not the result of writing practice, but the result of thinking".

Li Zhenjian (Professor of Zhejiang Academy of Fine Arts): Painter Wang Tao has always been in love with the "image outside the image" of the verve realm. Its open-minded character, accompanied by bold and unconstrained style, is full of it, which makes its works exudes a magnificent and magnificent spirit. Full of vigorous spirit of the times and distinct and strong Eastern strength.

Liu Boshu (former president of the Chinese Academy of Painting and vice-chairman of the Chinese Association of Fine Arts): Yunlong is flying away, and Tianma is free. Mr. Wang Tao is a rare talent in the field of Chinese painting. His works are elegant, elegant and fresh. His painting style is absolutely vulgar, simple and elegant. He has a good blend of spirit, form, spirit and spirit.

Wu Yang (Beijing Writer): Wang Tao leads his team of painters in obscurity and is willing to be poor. In the impetuous shallow trend of the times, adhere to the root of local culture, adhere to the fresh and pure painting style, do not follow the trend, do not compare, do not discourage.

Liu Xinsheng (Member of the Watercolor Arts Committee of the Chinese Artistic Association): Wang Tao firmly stands on the land of Oriental Art to make his own choices. Some passion of Western artists arouses the true feelings that have been sleeping in his heart for a long time and melts into his Oriental pen and ink lines.

Jia Dejiang (President and Editor-in-Chief of Beijing Arts and Crafts Publishing House): Wang Tao is not only an open-minded artist, but also a far-sighted thinker. He will further cultivate his magnificent integrity in the artistic dialogue he loves. We should further turn pen and ink into personality and personality into pen and ink, and create the future of Chinese freehand brushwork figures in the spirit of modern people.

Xu Encun (Editor-in-Chief of China Art Magazine): In recent years, Wang Tao's thoughts have been deepening, his pen and ink have been maturing and his artistic realm has been improving. The figure paintings, no matter from ancient to modern times, are full of rich cultural flavor. Perhaps the painter loves his native land too much. He always creates a picture of the spiritual world with happy melody, bright color and full ink.

Cao Yulin (editor-in-chief and deputy editor of Zhenfeng magazine): As an important representative of freehand figure painting, Wang Tao's figure painting has made many achievements. It is a new progress and harvest in contemporary figure painting creation that it integrates foundry tradition, restores the freehand spirit and high-quality, bold spirit.