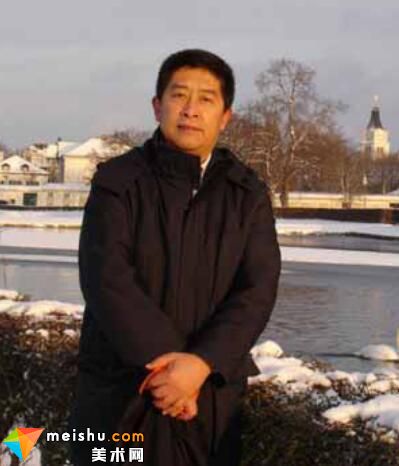 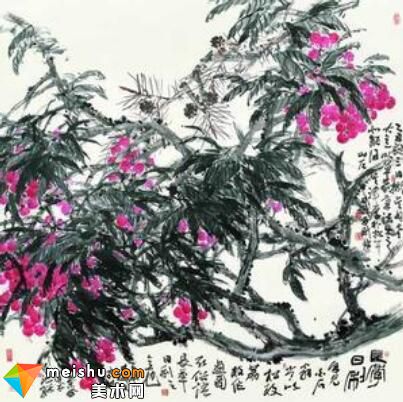 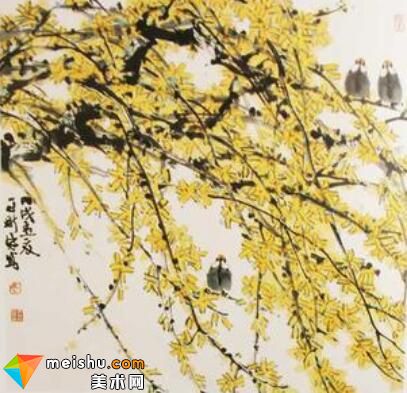 Ma Xinlin was born in Jinan on October 1, 1956. His ancestral home is Laixi City, Shandong Province.

In 1983, Ma Xinlin participated in the famous painter Sun Qifeng Flower and Bird Painting Class, and was fortunate to become his disciple in the room. He was deeply loved, educated and carried by his husband.

Ma Xinlin was admitted to the Department of Chinese Painting of Guangzhou Academy of Fine Arts in 1989.

In 1992, Ma Xinlin graduated from the Department of Chinese Painting of Guangzhou Academy of Fine Arts with a Master of Arts degree.

In August 2005, the first series of public welfare activities of the "Peace of Life on Earth" figure painting exhibition opened in Beijing. Ma Xinlin served as Deputy Secretary-General of the Organizing Committee.

In 2006, Ma Xinlin, a famous painter, was invited to participate in seven agricultural programs of CCTV of China Agricultural Film and Television Center.

In 2008, painter Ma Xinlin was invited to attend the 2008 Academic Invitation Exhibition of Chinese Painting.

In 2009, a painting and calligraphy exhibition commemorating the 88th anniversary of the founding of the CPC was held in Beijing. Ma Xinlin, director of the joint Department of the Chinese Association of Fine Arts, and many artists jointly unveiled the "60a Ziyin of New China".

In October 2010, Ma Xinlin, a representative of the Chinese Artists Association and director of the group's joint department, attended the first exhibition of Hengyuanxiang Painting and Calligraphy Homologous First National Calligraphy and Painting Famous Artists Academic Invitation Exhibition in Shanghai.

In 2010, painter Ma Xinlin was awarded "Ten Persons of the Year of 2010 Chinese Painting" by the Painting and Calligraphy Newspaper.

On March 12, 2012, painter Ma Xinlin commemorated the 70th anniversary of Mao Zedong's Speech at the Yan'an Literature and Art Symposium, preparing for the forthcoming China Artistic Association sketch exhibition. More than 20 well-known artists from all over the country, such as Ma Xinlin, arrived in Longsheng and Sanjiang counties of Guangxi, and began to create style, write life, and prepare materials for the exhibition.

Ma Xinlin, born in Laixi, Shandong Province, was born in Jinan in 1956. Now he is the director of China Artists Association, the director of the member Department of China Artists Association, visiting professor of Guangzhou Academy of Fine Arts, and tutor of master's degree. Since childhood, he loved painting, and was a little older. He also devoted himself to calligraphy and seal cutting. After more than 30 years of immersion in the hometown of Confucius and Mencius and Luoyang, the ancient capital of the Nine Dynasties, the strong atmosphere of Chinese traditional culture exerted a subtle influence on his growth. In 1983, Ma Xinlin participated in Professor Sun Qifeng's Flower and Bird Painting Class and was able to ask Mr. Sun for advice. In 1989, he was already a lecturer in higher education. In order to realize his childhood dream, he abandoned his original major and entered the Department of Chinese Painting of Guangzhou Academy of Fine Arts. He studied Chinese Painting and calligraphy seal cutting with a master's degree and also studied painting. Three years of college life laid a solid professional foundation for him. Later, Ma Xinlin formally worshipped Mr. Sun Qifeng as a teacher and became Mr. Sun's disciple. From then on, under the advice of Mr. Shang Tao and Mr. Sun Qifeng, they have gained the essence of their art.

For many years, Ma Xinlin has been engaged in both calligraphy, painting and printing. He is also diligent in reading, researching the ancient and exploring the new. Because of his strong foundation of calligraphy and profound literary accomplishment. The birds and flowers in Ma Xinlin's works are clean, vigorous and elegant. While conveying the beauty and charm of flower-and-bird painting, they can also make the viewer feel the beauty of his writing and the pleasure of lyricism, and the painter's personality, spirit of seeking breakthroughs and pursuing excellence.

Ma Xinlin has profound experience and Research on Chinese traditional freehand brush and ink, but is not confined by tradition. Through extensive understanding of the beauty of life and nature, while observing life carefully, Ma Xinlin achieves vividness of verve transmission and precision of styling, which makes his paintings vigorous and melancholy. Birds on idle branches, quails wandering in the shade of flowers, sparrows and aliens flitting between flowers and trees all have a quiet attitude, as if their gentle song is in their ears, bringing people into a rich artistic conception.

It is reported that the exhibition will last until May 13, 2012.

At 10 a.m. on July 27, 2012, more than 200 distinguished guests from Ma Xinlin, director of the joint Department of the Chinese Artists Association, celebrities in the art of calligraphy and painting and journalists attended the second Ordos International Nadamu Conference and the Painting and Calligraphy Channel and entered into a press conference in Ordos.

In August 2012, painter Ma Xinlin participated in the Exhibition of Chinese Masters of Calligraphy and Painting.

In August 2012, painter Ma Xinlin participated in the "Macao Art Roots in the Mainland" event.

Chang Hong, one of the exhibition planners and the managing director of Beijing Hongbao Boyi Cultural Development Co., Ltd., said that nearly five months after the exhibition preparation, 90 masterpieces of modern and contemporary Chinese painting were collected, many of which were excellent works of national treasure. Among them are 50 masterpieces of the most influential contemporary Chinese painters invited to the exhibition. We hope that through the exhibition, Macao people can feel these exquisite paintings at close range. We also hope that friends from all over the world who come to Macao can learn about China's profound traditional culture and enjoy a rare artistic journey through the exhibition.