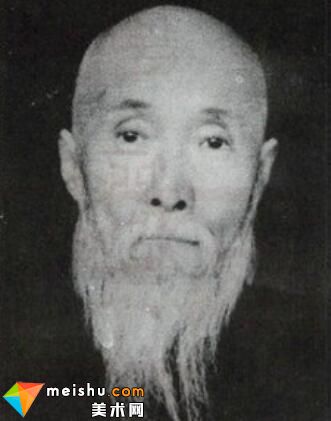 When Zhao Ziyun was young, his family was poor, and his father, Zhao Yufeng, worked as a boatman. Zhang's mother, who is a Confucian at home, likes reading or painting. He first drew flowers and birds from Suzhou's Chiang Kai Shek agricultural school, followed by Qin Ziqing, Li Nongru and Ren Pai painter. In 1930, the poet Gu Chaxue, who was a teacher of Wu Changshuo, was born in Zhou Jia.

Since he was taught by Xuweng, Meng and Jin dynasties, painting, calligraphy and India, he was able to acquire the God of Qiweng without attacking his appearance in vain, and to capture its essence and bring forth new ideas. Re-exploration of Xu Wei, Shi Tao, Shixi and Bada Shanren's methods, to collect both, is to benefit from the heroic painting, reputation is also growing.

Zhao Ziyun visited Wang Yiting in Shanghai. The style of Wu Painting and Calligraphy was appreciated by Wang Yiting. Later, Wu Changshuo also moved to live with Wang Yi Ting as a teacher and friend.

In 1910, the organization of "golden inscription on the sea" was set up as a permanent member.

In 1922, Duyun Xuan printed a collection of Zhao Yunhe's calligraphy and painting, "Yun Guli Zi Mo Mo". Zeng Xiyun inscribed: "Mr. Ziyun is a disciple of an old man. He is a calligrapher and a painter, but he can't distinguish between them. To write landscapes, seals for grass, flowers for stone, and then the old man away from the scene in order to refresh. The book of long history is passed on Lu Gong, Ishida's landscape, and Heng Mountain. Congratulations to Mr. Ziyun and to the elders. "

Gu Linshi said slightly: "The landscape, flowers and fruits are popular - when they are well known overseas, their paintings are derived from the seal law, which is rich in teachers and insights, suitable for their precious. "

When printing Qiweng, it can change itself, irregular in shape. When it is finished, it enters with the body of Sangong Mountain Stele. It is easy to carve, simple and honest without false decoration, which is beyond the reach of human beings. The collection includes "The Imprint of the Woodcutter in Gushan Mountain", but it has not been widely spread and rarely seen in the world.

In 1940, his disciple, Mr. Huang Changzhong, had four copies printed for his fifty-one to sixty-six years of age, all of them eighty-six parties. In 1980, the modern seal cutting collection (two) was published by the Shanghai calligraphy and painting press.

Yun Qi prefaced Yun: "Yu Shao likes painting and calligraphy, especially seals, and long seals. Imprinting is a matter of pursuing the Qin Dynasty and imitating the Han Dynasty, as well as the Tuyun Er of Japan and the ancients. Yu did not rule in the Qin Ruohan Dynasty, but took the method of seal script and official script and did not know that it was carved. The seals of Fu, Qin and Han Dynasty are just like the rest of the time. They are indiscriminate, straightforward, free and easy. They are both dense and full of momentum. Later seals are treated as teachers, and right and wrong are treated as vulgar.

But Yu is not such a map, not thin Qin and Han Dynasty. To pursue Qin with meaning is not Qin, to imitate Han with meaning is not Han. If you use the method of seal and official script to criticize the body, that is, Zhu Wen is also fat, not thin and vigorous; there is a border department, and it is not different from Langhan, so it is appropriate to cover the imprint. Although the seal of Yin Cheng has been carried out, and the so-called "bold and unrestrained", free and straightforward, there is still no connection with it. It can be said that it is not Qin, not Han, nor Qin, nor Han, and Yu Gu has no tolerance. "

In 1932, after four years of Wu Changshuo's death, Zhao Yunhe moved back to Suzhou, landscaping and planting flowers. There are ten plum trees in the garden and ten wells near the residence. They boast that they are the residence of ten springs and ten plums, which were destroyed by the war. Organize cloud clubs, work with colleagues on arts and crafts, and keep on writing. When with Xiao Tuihe and other excellent park, or listen to the evaluation, to happy days.

Ziyucun, Ligustrum Lucidum, and can draw. Many disciples, such as Zheng Mantuo, Xie Zhiguang and Huang Changzhong, are the authors.