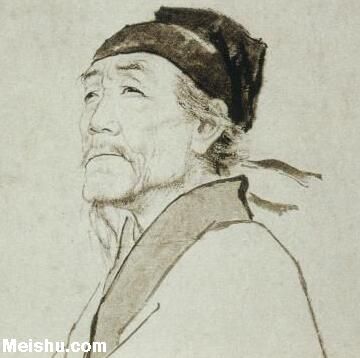 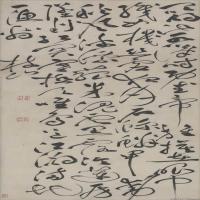 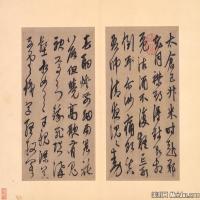 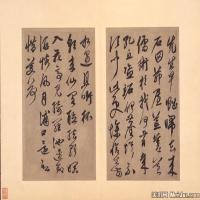 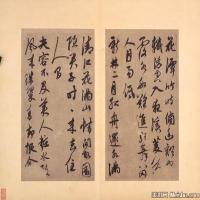 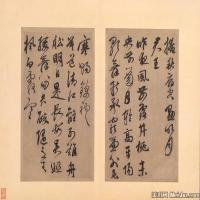 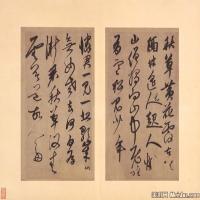 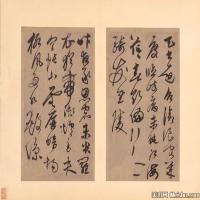 Du Fu (AD 712 - AD 770), the word son of the United States, the Han nationality, the Xiangyang people, after the migration of Henan Gongxian. Since the number of Shaoling wild, the Tang Dynasty great poet of realism, together with Li Bai, "Li Du." Du Fu and Li Bai also collectively referred to as the "big Li Du", and Du Fu is also often referred to as "Laodu" in order to distinguish it from the other two poets Li Shangyin and Du Mu. Du Fu 's influence in Chinese classical poetry is very far - reaching. He is called "poetess" by his later generations. His poem is called "poem history". Later known as Du Duzhi, Du Ministry of Industry, also known as Du Shaoling, Du Cottage.
Du Fu created "Spring", "North levy", "three officials", "three" and other masterpieces. In 759 years, Du Fu abandon the official to Sichuan, although to avoid the war, life is relatively stable, but still the heart of the people, mind state affairs. Although Du Fu is a realist poet, but he also has wild uninhibited side, from his masterpiece "Drink in the Eight Immortals song" is not difficult to see Du Fu's pride. The core of Du Fu 's thought is Confucianism' s benevolent thought, and he has the magnificent ambition of "To the Jun Yao and Shun, and then to the custom Chun". Although the reputation of Du Fu is not prominent during his lifetime, but later fame, the Chinese literature and Japanese literature have had a profound impact. Du Fu, a total of about 1500 poems have been retained, mostly in the "Ministry of Industry and set." 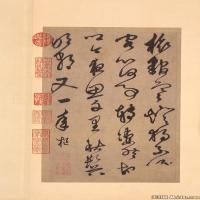 Family background
Du Fu was born in Beijing Zhao Du, is the northern big family. The ancestor of the Han Dynasty Emperor Wu of the well-known cool Zhou Du, Du Du Yan words. Du Fu and another great poet of the Tang Dynasty that "Little Li Du" Du Mu with the Jin Dynasty, the famous Du Yu after. However, the two tribes are far away, Du Fu Du Du second son from the delay, and Du Mu from Du Du Shao Yin. Du Fu young people because of family environment is superior, so live a more stable and prosperous life. He was eager to learn, seven-year-old can be a poem, "seven-year-old think strong, open Wing Phoenix", interested in "to Jun Yao Shun, then customs Chun." He is also very naughty boy, "recalled fifteen heart is still child, health, such as yellow calf to come back.Preparation in August before the court, one day on the tree to a thousand back."
Young Youyou
Kaiyuan nineteen years old at the age of nineteen, Du Fu travel Huanxian (now Shandong Linyi). At the age of 20, roaming Wu Yue, which lasted for several years. Kaiyuan twenty-three years (735), back home to participate in "rural tribute." Twenty-four years in Luoyang to participate in examination, the results fall. Du Fu's father when he was the post of Yanzhou Sima, Du Fu went to the pro-Yanzhou, Qi Zhao began to travel.
Tianbao three contained (744) in April, Du Fu in Luoyang and was also released by Emperor Li Bai also met Li Bai, the two meet the same beam, Song (now Henan Kaifeng, Shangqiu area). Later, Du Fu went to Qi state (now Shandong Jinan). After 4 years, the fall to Yanzhou and Li Bai meet, two together to find immortal visit Road, talk poems, forged a "drunk sleep autumn was, hand in hand" friendship. At the end of the autumn, the two handshake phase, Du Fu end of the "dissipated Qi Zhao, Qiu Ma quite crazy" roaming life, back to Chang'an.
Career does not ring true
Du Fu lived in the Tang Dynasty from Sheng to decline in the historical period, Du Fu was born in a generation, "Feng Confucianism Shouguan" family, family learning. The early works mainly show the ideal ambition and the expected life path. On the other hand, he expressed his political ideal of "to the emperor, the people, and the people", during which many works reflected people's misery and political unrest at that time, exposing the ugly acts of the rulers, And creative path. With the late Tang Dynasty politics more and more corrupt, his life is also a day into the poverty and disappointment. In the displaced life.
Tianbao six contained, Xuanzong Chao world "through a artist" to Changan examination, Du Fu also took the exam. As the right phase Li Linfu choreographed a "no wicked field" farce, take the examination of the scholar all unsuccessful. Since the road to imperial examinations does not work, Du Fu to achieve their political ideals, had to go to the door of the elite, the investment dry Ye, but no results. He lived in Chang'an ten years, running Xianfu, depressed unsuccessful, career frustration, living a poor life, "Jinshi not in the first, trapped Chang'an."
Tianbao ten years of the first month, the reign will be held in sacrifice Taiqinggong, Tai Temple and heaven and earth of the three major festivals, so in the Tianbao nine contained winter three "Fu", get Xuanzong appreciation, fate in Jixian hospital, but only Was "selected column order" qualification, waiting for distribution, because the main test is still Li Linfu did not get official.
Tianbao fourteen years, Du Fu was awarded a Hexiwei such a small official, but Du Fu did not want to let this "not for the West Wei, desolate for the bow," the official, the court will be replaced by the right-wing rate Cao Bing Cao army (lower office , Is responsible for guarding the armor of a stick, management access lock key). Du Fu has been forty-four years, to Chang also more than a decade, for the livelihood of the school and accepted the useless. In November, Du Fu to the first province, Du Fu had just entered the house to hear the cry, the original son starved to death. On the feelings of Changan and along the way, written in the famous "from Beijing to Fengxian County Yonghuai five hundred words."
War displaced
Tianbao fourteen years in November, Anshi chaos broke out, the second year in June, Tongguan fall, Xuanzong panic West escape. In July, Prince Li Heng is located in Lingwu, is Suzong. At this time of the Du Fu has moved to the home state (now Shaanxi Fuxian) Qiang village refuge, he heard the Suzong ascended the throne, in August alone north, went to Lingwu, the way unfortunately for the rebel prisoners, . With the capture of Wang Wei was strict custody, Du Fu because the officer is small, not imprisoned. Although the individual suffered a misfortune, but Du Fu worry all the time people do not worry. When the time of the Anshi chaos, he always watched the development of the current situation, during which he wrote two articles: "for the state Guo Shijun into the Guanzhou crown shape" and "Qianyuan first year, ", In order to exterminate the rebels offer security policy, consider how to reduce the burden on the people. When the battles of the rebels - the northwest of the town of Jiedi in the northwest of the town of Li Sai's troops passing through the state, he wrote the "concept of the West soldier went to Guanzhong standby two" poem, expressed patriotic enthusiasm.