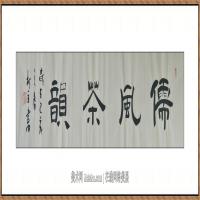 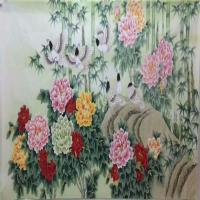 In the early years, more than 30 novels such as Dew Pearl, Chess King Who Can't Play Chess, Blue Sky and Rootless Tree were published in magazines such as Running, Zhengzhou Daily and Xinxiang Daily.

Art sea ups and downs, Shudao spring and autumn. Teacher Collie immersed himself in pen and ink, and spent half his life in the middle of the horizontal and vertical painting. My husband and I are forgetful friends, when the pen is not in danger.

Books are paintings and calligraphy, souls are beautiful, and brushes are beautiful. Regardless of priorities, length and fertility, or the combination of succession and succession, layout strategy. They are all born of the heart and soul, which can be called the life of Taoism.

Looking at Collie's calligraphy today, the list is generous and generous, and it is deeply moist by Yan Gong. The works of Lishu are the essence of Zhang Qian and ceremonial instruments. Colorful and eye-catching.

At present, those who tend to show off are unavoidable to neglect internal training and ultimately deceive themselves. Teacher Collie has been willing to be lonely for decades. In poverty and indifference, he is persistent in expressing his feelings, pursuing his imitation, using his mastery and grandeur, and finally reaching the truth.

Calligraphy is an ink-colored building, a flowing dance, which presents the characteristics of the life of the calligrapher in the simplest form. Demonstrate the power of spirit. Calligraphy is culturally nurtured, and the wonderful state of calligraphy is to write about me.

Finally, it ends with two poems of Collie.