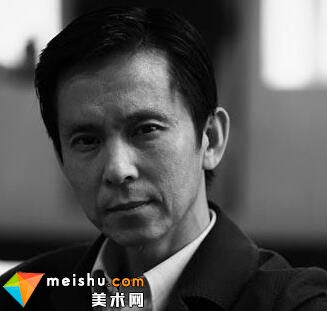 He is currently standing committee of the National People's Political Consultative Conference, vice chairman of the Chinese Artists Association, Professor of Tianjin Academy of Fine Arts, vice chairman of Tianjin Artists Association. National expert with outstanding contribution, Tianjin Federation of DeYiShuangXin artists. He Jiaying is a contemporary China renowned fine brushwork painter, known as "the most promising the most representative of the young generation of artists". He focuses on the similarities between Chinese and Western painting, in the meeting point between the two to realize because of leather, respect for the traditional and not tied to the old fan, not to ask the way outside the city to follow. His creation of high realism, pay attention to life experience. A portrait of micro, layout Kinju, elegant white characters. His freehand works can also be don't creative, subtle and generous nature, virtual exclusion. The work pays attention to the remarkable performance of the soul and the profound attention to the human nature, has made the rich achievement for the innovation of Chinese figure painting. Has to Japan, South Korea, India, Hongkong and other places to participate in the exhibition.

Representative works are "soul", "Department of Mawei Mizhi Poyi", "sour grapes", "Nineteen", "autumn autumn night", "mountain", "street director", "silent" etc.. Has participated in the national art exhibition and won the silver medal, the National Youth Art Exhibition, exhibition of Contemporary Painting Institute and the Ministry of culture, "the light of the century" China painting Nomination Exhibition, "autumn night" was selected for the exhibition China hundred years. Its work style rigorous delicate, simple and generous, accurate modeling, good at depicting the inner world of the characters in a static, with a perfect pattern and a symbol of.

He Jiaying comprehensive techniques, from freehand painting, fine brushwork painting to sketch, oil painting, watercolor, gouache, no sense, so the exploration of works of art in the form of a new show (20), particularly the advantage. "Mountain" works creation success, marking the two works of fine brushwork figure (20) has been a breakthrough in the combination of Chinese and western, creating a new painting language, its significance is the painter painting techniques with high light use, enhanced light effect, the whole works into a warm bias red, the sun - baked feeling. He Jiaying believes that the vulgar art should resist the tendency, it relates to the dignity of women, but also reflects the artist's aesthetic orientation values through the heart reveals the nature of innocence, the works show three (20) simple, kind, show a kind of temperament beauty; such as "Xinyu", "Nineteen autumn", "sour grapes", "human", can truly reflect his pursuit. As a painter, works four (20) the biggest advantage is to have a pair of sharp eyes, make him in accurate insight into feelings than ordinary objects, but extraordinary observation often also benefited from comprehensive knowledge accomplishment. Mr. Pan Tianshou think: China, western, Japanese, India, modern, classical painting originally should not be too large, but he found that the Japanese Ukiyo-e painting size is not small, the effect of the five works (10) is also good, or to the dilemma of art ", He Jiaying's works are with its tastes, lingering charm won the" win-win ": perhaps his quest to find the best combination of points and an art market, Shandong Calligraphy Gallery painter painting art appreciation margin recommended.

He Jiaying made his contribution to the transformation of the contemporary Chinese painting to the contemporary. He creatively uses rigorous modeling techniques China painting tradition and Western painting, combined with the aesthetic view of contemporary people, the creation of a large number of works filled with the spirit of the times. Read his paintings, will find a kind of sincere and delicate passion and dream of the ideal color.

He Jiaying can make great achievements in the field of meticulous painting, and his unique creative ideas can not be separated. In his eyes, inherit the tradition and innovation is a "two step", which can not be lost, lost a lost one, really have a tradition always want to open innovation, really for innovators won't sacrifice tradition. His thinking is not only a reflection of the trend of contemporary Chinese painting in the field of fashion, but also the requirements of their own creation. He sought to find the same law and the point of agreement among the different traditions of the East and the West.

But He Jiaying has a unique understanding of the tradition, but also have their own views on painting Western painting methods of nutritional absorption Chinese. He opposed the kind only absorb concept, only specious writing practices, using specific methods to solve the problem.

His quest to find a perfect combination of art and the market, so as to inspire people to. Pioneering efforts, continuous innovation, and financial 100, owned a.

Mr. Pan Tianshou think: China, western, Japanese, India, modern, classical painting originally should not be too large, but he found that the Japanese Ukiyo-e painting size is not small, the effect is also good, but fell into a dilemma to the market or to art, where Anglo's works are to it tastes, lingering charm won the "win-win", perhaps his quest to find the best combination of art and a market point.