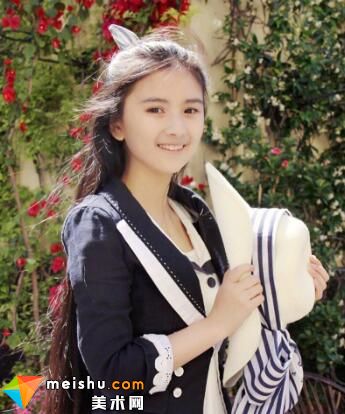 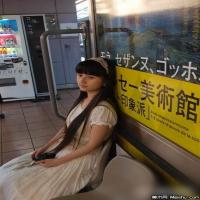 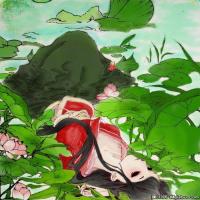 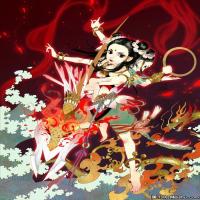 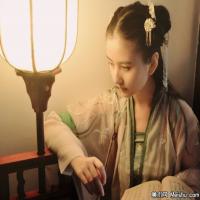 Debut: childhood love painting had not graduated from a university
Xia, was born in April 4, 1981 in Hunan Huaihua, born in April, when the summer solstice was not named, Xia, "this is my grandfather left my name, also take up and the world economy."
From Xia love learned painting, freehand, meticulous, especially her love to watch cartoons, but one day until junior high school, she was suddenly aware of the original comic is drawn, "at that time was too shocked, there was like the same Creator I, want to become such a person."
Formally entered the comics field from about the beginning of high school, Xia at the earliest "Beijing cartoon" magazine published short stories "growth", the first time she received a journal editorial department of teacher's written reply, encouraged by. In 2003 she had not graduated university, he has published the first comic book "April story".
experience
Experience: get hungry, eat bitter, sick by death
The early start, Xia lived in Beijing, in order not to let the family worry, she lied to family, money is very high, in fact, what almost no income, paying the rent on There is not much left., in addition to painting, she hardly went out.
"I'm so big," he said. "I've never washed bowls and clothes." But during that time in Beijing, the most difficult, not only to everything personally, but also often go hungry, "once I was sick, no money to buy medicine to see a doctor, the morning rush to draw, a black eyes fell and woke up in the evening, do not know how many hours."
7 years, had been hungry, eat bitter, sick by dead carry, do not go out because lying hungry, thin because the digestive system is completely disordered, long hair is because no money haircut. Daily torture their own spirit and body, paint, paint. I sacrifice my life." Xia wrote in a blog.
In 2002, Xia Da by virtue of the comic "Winter Fairy Tale" won the Chinese comic book short story comic excellence award.
In 2003, published a comic "April story"; after five years, Xia comic creation at home full-time.
In 2007, Xia should be invited to the development of Hangzhou fly cartoonist.
In 2008, Xia comics published "" Zibuyu ", and serialized in the manga magazine" ULTRAJUMP "; the same year, the summer of fifth Golden Dragon Award original cartoon animation art contest for best story comic girl group gold medal with" comic "Zibuyu"; in addition, also published a lengthy comic "Peony Pavilion". The comic consists of "Peony Pavilion", "courtship", "the", "O", "Jing Qiongtu" five independent short stories.
At the end of 2009, "comic" Zibuyu "in China and Japan has launched [12] version.
In April 27, 2010, Xia Chinese attended the sixth session of the International Animation Festival, and served as the animation festival ambassador; May, Xia Da released in Japan cartoon "Zibuyu 2"; in addition, Xia also published comic "Godzilla does not speak", the comic is Xia first try painting, and with the best China comics award of the cartoon animation festival sixth "monkey award".
In 2011, Chinese attended the seventh session of the International Animation Festival; the end of the year, the publication of the first personal album "summer"; in addition, Xia also with a total of 10 total annual income of 1 million yuan in the sixth royalty China writer rich list comic writer list fifteenth; the same year, Xia also animation magazine published a full-length comic "man" friends "long line", the Journal of the proportion of the original broadcast page 59 "long line" and launched a special edition at the end of the year, Xia; as the Golden Dragon Award for public fund ambassadors.
In 2012, in the summer of the comic "long line" in the heroine Li Changge as the prototype hand at the eighth session of the Hangzhou China International Animation Festival officially starting July, July; Sina micro cartoon billboard TOP10 announced the list of Xia's "comic" Zibuyu "ranked first; at the end of the seventh Chinese comic writer rich list the writer list published, Xia to royalties 1 million 800 thousand yuan ranked in the list of tenth.
In 2013, China writer richest sub list comic writer rich list published a list of up to 2 million 300 thousand yuan, the summer royalty ranked eighth.
In April 2014, Xia attended the Tenth China International Animation festival.
In April 2015, authorized Huace will personal creation of comic "long line" adapted into a TV series of the same name; in August the creation of action cards Mobile Games original "ghost robbery"; September held in long - million Guan Shan Xia "long line" original cartoons show "; in October with the comic" long line "was the twelfth China animation Dragon Award China manga award.
In December 11, 2016, micro-blog said: Xia long, to end with Yao feila (summer island CEO) 10 years of cooperation
Pioneering work
Initiative: works on top Japanese comic magazine
2008, Xia Jin won the fifth OACC Golden Dragon Award for the best story comic girl group gold medal, she also created a new comic peak. In February 2009, her sword ten years long cartoon "Zibuyu" has been strongly recommended the editor in chief of the Japanese Shueisha long Motegi xingxiong and famous cartoon editor Matsui Eimoto, the official landing in Japan, and Japan's top comic master with the issue published in top Japanese comic magazine "UltraJump".
Xia Da's cartoon is widely acclaimed in japan. However, at this time, a sudden thing for the first time to jump out of the summer comic comic circle into the public view, began popular network. The spread of the Internet among a group of personal photos, photos of her, not make-up, elegant and refined, like a beautiful girl under her pen in the book. Some people even think that it is