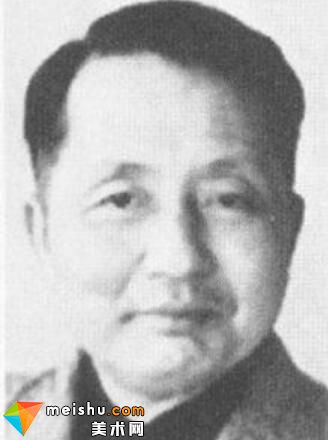 In the early 1920s, he opened a small art printing factory with his eldest brother, published the Three-Day Pictorial and participated in the Shanghai Cartoon Fair.

17 years in the Republic of China

In the 17th year of the Republic of China (1928), he and Ye Shaoyu founded Shanghai Cartoon. This is the first special cartoon magazine in China. Later, he set up Times Printing House and Times Book Company with his elder brother, and founded Time Comics, Times Pictorial, Independent Comics and other pictorial magazines. He not only provides works and designs covers for these pictorial magazines, but also engages in printing, publishing and distribution. After the outbreak of the Anti-Japanese War, he published the Anti-Japanese Pictorial and the New Pictorial for a short time, and created cartoons with the theme of Anti-Japanese War.

26 years in the Republic of China

In exile in Hong Kong at the end of the Republic of China at the end of 26. He was the editor-in-chief of Shenbao Pictures, the director of Printing Department of Xingdao Daily, the art editor of Newspaper, and co-sponsored Mass Life with others. He edited and published such a comic book of Wang Jingwei, and continued to carry out anti-Japanese propaganda activities. The Japanese tried to coerce him into working in the Datong magazine, which was a pro-Japanese magazine. As a result, he was forced to abandon his pen and go into business and open the Fulushou Hotel with others. Later, the Japanese authorities who occupied Hong Kong blacklisted him. After hearing this, he fled to Guilin in the spring of the Republic of China in 32 years and started a furniture decoration company with his elder brother in Guilin. He also participated in the "Cultural Reclamation Corps" organized by Xiong Foxi and others.

34 years in the Republic of China

In the spring of 34 years of the Republic of China, he arrived in Chongqing with his eldest brother to organize Chinese art factories. After the victory of the War of Resistance, he returned to Shanghai. Shortly afterwards, he went to Taiwan and was hired as a special member by the Taiwan Provincial Construction Department and served as the executive director of the Taiwan Travel Agency, responsible for compiling and printing the Painting Collection of "Taiwan after Restoration".

He arrived in Hong Kong in September 1949. Soon, he returned to Beijing with a group of artists in Hong Kong.

In the spring of 1950, Zhang Zhengyu was invited to attend the conference of cultural workers in South China held in Guangzhou. After the meeting, he returned to Beijing and served as stage art consultant of China Youth Art Theatre. At the same time, he also served as an art consultant for People's Pictorial, Art, Drama, Pictorial of the People's Liberation Army, Literature and Art of the People's Liberation Army and China Construction. He has been elected as a member of the Chinese Artists Association, the Chinese Dramatists Association and the Beijing Political Consultative Conference. He works earnestly and meticulously. When designing stage art, he is not satisfied with the design on the screen, but is constantly pondering and modifying in rehearsal and even in the performance process. He once wrote his own creative experience as "Small Talks of Stage Art" and published it in newspapers. In the process of stage art design and creation, but also engaged in craft, binding, decoration, film and drama to the exhibition, group calisthenics, festival parade of the art design, a variety of artistic creation, which paid hard work.

In 1965, he won the gold medal for designing the group gymnastics "Revolutionary Praise" for the third National Sports Games. His large-scale animated film "Da Lao Tian Gong", which he co-created with his brother, has been praised both at home and abroad. He also has a lot of research on Chinese painting, calligraphy, stone and other aspects. In his later years, he often made ink sketches, which were treasured by people. Especially fond of cat painting, the cat with different looks into the basic graphics, or square or round, all lively, so it has the reputation of "cat Weng". The seal inscriptions are unique, and their formal beauty is also due to painting and arts and crafts. His works of painting and calligraphy were later published in Collections of Zhang Zhengyu's Calligraphy and Painting and Selected Works of Zhang Zhengyu's Calligraphy and Painting.