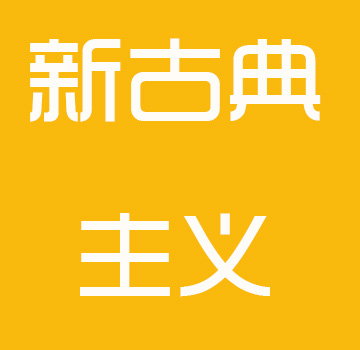 The art of classicism, which was based on the revival of the art of ancient Greece and Rome, appeared in France in the early seventeenth Century. Until the early nineteenth Century, has become the main trend of European literature and art. The so-called classical, is the ancient Greece, Rome's literature and art as a model named. By the middle of the eighteenth Century, explore the city of Pompeii, the spread of the German scholar Winckelmann's aesthetic thoughts, has aroused interest in classical, classical revived, called Neoclassicism
A new phenomenon appeared in seventeenth Century. French as Latin, ancient Rome's heir. In the political empire of Rome is always the French in the eyes of the shining example. "Empire" the resounding title was the French ruling class in ecstasies over the. They want to be in the Augustus era that grand pomp restore ancient Rome empire in France on the land, in the literature also want to Rome antique style. Therefore, the prototype of French classicism is the Latin classicism. France in seventeenth Century known as the Louis Xiv era, the monarch did not forget to dominate Europe to establish a unified official art. For the king and the ruling group of the ancient art, and thinking of that time, the Catholic Church and the secular thought eclectic, and let the reality description with the myth of the appearance. It shows the characteristics of advocating classical spirit, rigorous, noble, love of order. They take Greece and Rome as examples. Marx used to mention the word, the French classicism is dressed in ancient Rome clothing, borrowed language, staged a new scene in the history of the world.
1789 on the eve of the French Revolution, the bourgeoisie for victory in the revolution in the field of ideology, anti feudalism and religious theocracy, win the ideal human banner, called the public up and organize the people devoted to the bourgeois revolution. For the complete victory of the revolution, we must first in people's psychology into revolution the virtue of self sacrifice and courage, that is for the Republic and fighting spirit of heroism. The heroes of ancient Greece and Rome became the heroes of the bourgeoisie, and the bourgeois revolutionaries used these ancient heroes to call on the people to devote themselves to the truth. As Marx pointed out, they fear the please give them to help, borrow their names, the battle cry and clothes, to wear the long revered clothing, with the borrowed language, performances of the new world history scene. In such a historical environment, produced with ancient art form and ancient heroism theme, creating a big bourgeois revolutionary public opinion of neoclassicism.
At that time, the whole country in Spain set off the expulsion of Jesus missionary activities, the rise of the classical style of architecture in spain. In the case of Jesus will lose, Baroque architecture is also increasingly decline. From the French Philip V, although is the king of Spain, is obsessed with French architectural style. He invited a number of architects from France and Italy for his service, strongly advocated neoclassicism, such as classical architect Pakistan. Rodrigues. Tizon and Juan de Nueva David Villa et al. The famous Madrid Prado Museum, the observatory is the latter works

The so-called "neo classical", the first is to follow the rationalist view that art must exclude artists from reason, the subjective thoughts and feelings, especially in the social and personal benefits and conflicts, to restrain their personal feelings, reason and obey the law, advocating citizen moral perfection is to sacrifice themselves for the motherland. The creation of the artistic image advocates the ideal beauty of ancient Greece; pays attention to the integrity of the classical art form, the shape of sculpture, the pursuit of elegance and dignity,
Harmony, while adhering to the strict sketch and clear outline, to weaken the color elements of painting. The "new classical" "new" is borrowed from ancient heroism themes and forms, directly depicting events in the struggle of reality and heroes, closely with the reality of struggle for the bourgeoisie to seize power and consolidate the regime, with a distinctive realism tendency. Therefore, Neo classicism is also called revolutionary classicism, and its outstanding representative is Dawit. The definition of literary theory
Under the criterion of classical aesthetics, neo classical, using modern advanced technology and new material, re interpretation of the spirit of traditional culture, with a dignified, elegant, obvious characteristics of the times. The perfect combination of classic and modern Neo Classical style originated in the classical era, but not antique, vintage, but praised the spirit. Neo classical style with simplified techniques, modern new materials and new technology areas to explore the traditional connotation of the decorative effect to enhance the historical and cultural heritage.
Classicism refers to the study and development of ancient literary works and literary theories. After the principles of Horace and Lang Lang's reference to the ancient times, the later literature expressed this idea with "classicism". In seventeenth Century, the practice of Neo classicism in France and the literature and art are based on ancient Greece and Rome. It is the "classical". The "new" is compared with the ancient Rome "classical" is concerned.
1, the form of scattered poly God is the main characteristics of the new classical. At the same time pay attention to decorative effect, to restore the classical temperament with modern techniques and materials, new classical with the classical and modern aesthetic effect, the perfect combination also let people get spiritual comfort at the same time enjoy the material.
2, emphasis in the design style, not antique, nor a retro, but the pursuit of spirit.
3, the use of simplified techniques, modern materials and processing technology to pursue the general outline of the traditional style characteristics.
The Royal British Saitewei stvilla neo classical style furniture
The Royal British Saitewei stvilla neo classical style furniture
4, pay attention to decorative effect, with furnishings to enhance the historical context features, often copying classical facilities, furniture and furnishings to heighten the atmosphere of the indoor environment.
5, white, golden, yellow, dark red is the main color of common European style, blend a small amount of white color looks bright.
The interior design from the neoclassical style, Louis Xiv retained the lines of Curve, the removal of complicated decorative lines too much; retaining the details of Detail, but however many details that heap miscellaneous lose focus; keep spend time with gold, but gold was not eyeful let people yanzhuo. This preserves the material, color, style, abandons the complicated lines, decoration, texture, but no loss of character, can still feel the traditional history and richculture, is the perfect eclectic neoclassical style.
The essence of Neo Classicism: the refined information, the open attitude, and the fine
Lady features new classical sense lines, gold and silver, darkened color low-key luxury details
New classical - benefits can be concentrated to light, color with gold and red is thick, slightly soft white is bright and light; to optimize the Baroque or Rococo accessories, then with the noble grace; modern leather products, or indirect bedside lamp, will extraordinary elegance.
This diversity and scalability is the industrial era of personalized new classicism after originality