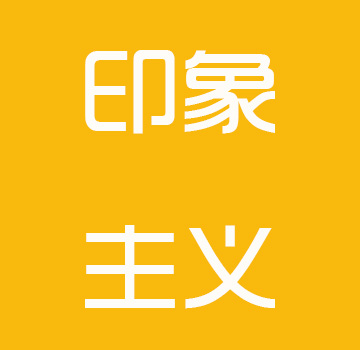 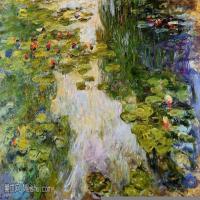 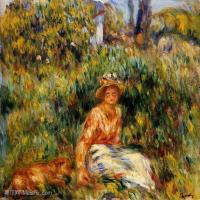 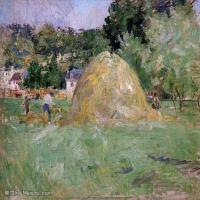 In nineteenth Century the Western Art Center in France, master of French painting is still a powerful official school. Draw circles in France in the second half of nineteenth Century a part of young artists against the official school of art, because of their innovative work in the official salon and not strongly opposed to official censorship, they require the art of innovation and creative freedom, often gathered in Paris's Cafe Gail Beauvais, free exchange of opinions on art, seek common the road of art innovation.
In the latter half of the nineteenth Century, an important painting movement in France, including a group of artists who held similar views and adopted similar techniques during the period from 1867 to 1886. These painters are very distinctive personality, very practical, there is no specific principles of common compliance. But the most obvious characteristic of Impressionism is trying to objectively describe the visual reality of ephemeral moments is mainly the relationship between the performance of pure light.
In a broad sense, the term is sometimes used for other Impressionist Art in the late nineteenth Century (usually refers to the music, but sometimes also refers to the literature, they) the technique and effect of impressionist painting with similar. The main impressionist painter Monet, Ma Nai, Pissarro, Renoir, Sisley (Alfred Sisley), Pedja (Edgar Degas), Molisuo (Berthe Morisot), Guilloman (Armand Guillaumin) and Bazille (Frederic Bazille), they work together, mutual influence, and with independent works, only to seek official approval MANET exception. These painters in his early writing career, many of the European art rule of the sacred rules of the religious order for 200 years of dissatisfaction.
In late 1860s, Manet's art reflects a new aesthetic point of view, the first ever liberated creative methods to centering on the theme of painters from the traditional dominant; he advocated focusing on strictly part of the art of painting - color and form. At about the same time, Monet, Renoir, Pissarro, Sisley and Bazille in landscape painting to explore a more direct method to depict brilliant light and color. Monet with his keen eyes of the lead rise above the common herd. At that time, scientific research in this area showed that color is not the intrinsic property of an object, but the light reflected by the object. In the view of the impact of these artists, to explore an effective method to break the single object, seemingly immutable and frozen "inherent" color; they are trying to capture the objects of nature in the specific time that fleeting color, a kind of atmosphere, distance and other objects around effect color. They start by drawing water, and many of the colors reflected in the water are shown as they have seen. They took this approach to expand from the building to all other objects in the sky, brush short and clear, far see a bunch of mixed colors, is without blending colors to depict the reflection of the sun from the color of every hue. Under the inspiration of Manet's "pure painting" experiment, they try to find the most distinctive color theme, usually no longer pay attention to emotional and literary characteristics.
In 1874, the artists held their first independent exhibition to compete with the official salon at the Academy of Fine Arts, which has repeatedly refused to show most of their work. "Impression: Sunrise" Monet painting (1872, now in the possession of Paris horse Museum Tanzania Musee friction Marmottan), initially sent people with this name at the Impressionist painter. They held 7 exhibitions, the last time in 1886. In the meantime, they continue to develop their own personality and style. After 1886, the Impressionist group announced the dissolution. Although the existence of the time is very short, but in the history of art has completed a revolution, so that the future of the western painting can be drawn from the relationship between the artist and the subject matter of the liberation of the shackles.In music, Debussy is generally considered to be the major impressionist. The music of Debuchy from his first work to the last work, each have different characteristics, so only about 1892 to 1903 years to complete the music and style with the late works of this period of music like, can be said to have the general meaning of impressionism. His works have the impression opera "Pelli Yayse and Meryl Sander" (Pelleas et Melisande, 1902 Premiere), "cloud" symphonic poem ("nocturne" Nocturnes, 1899) and Piano "sail" (see "prelude" two sets of Douze Preludes 1, 1910). The other is considered to belong to the Impressionist composer Ravel (Maurice Ravel), Dai Liushi (Frederick Delius), Ray Gao Beki (Ottorino Respighi), Seemann Andrianof J Ki (Karol Maciej Szymanowski) and Gerd Leigh Faith (Charles Griffes). The Impressionist music is often considered refers to a delicate and negative emotional clutter, ambiguous music. The characteristics of Impressionist music, or rather it is stiff, restraint and calm, as a result of the pure sound as a composer of beauty and mysterious purpose itself, thus forming the rich and colorful effect. "Although it is considered to be a movement to get rid of overindulgence of romanticism, but many of its features can be in some is also known as the pioneer of expressionism romantic composers (such as Lester, Wagner and Scriabin Aleksandr Scria! Bin) to find the source works.
Impressionism literature, is a kind of highly personalized writing techniques generally reflect the writer's personal temperament. Some writers with a strong appeal and is considered to be the Impressionism and painting par, they are Thomas Man (Thomas Mann), Heresy (Herman Hesse), Ford (F. Madox Ford) and wo (Evelyn Waugh). 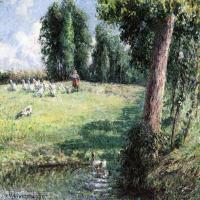