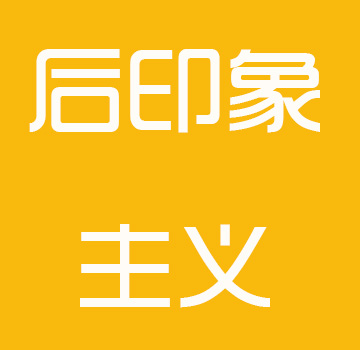 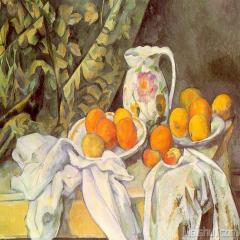 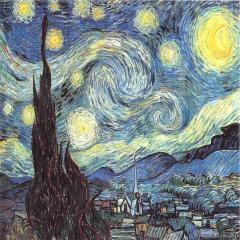 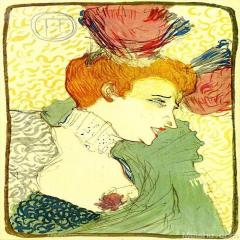 Post Impressionism by British art critic and a former New York Metropolitan Museum curator Faure (Roger Fry, 1866 - 1934) proposed. He thought of Paul Cescon theory, we need a new term. For decades, the French are not the three person and Impressionism distinction, but uses the term to distinguish them and those masters. Although most of the time in Paul Cescon's life and the painter works on display, but "a convenient term of Post Impressionism" is used to highlight the three later painter, and they are really quite different with the group.
These three artists are a long time to get social recognition in died, three of them jointly opened the door to modern art, in their creative thinking and artistic conception under the influence of the Fauvism, cubism, expressionism and abstractionism, they completely changed the appearance of Western painting, to reproduce the objective by the subjective performance, and make it to modern, they are known as the father of modern art.
Strictly speaking is not a post impressionist painting, they are not groups, no joint open art exhibition, not what the declaration, only three people were born out of Impressionism and has the common tendency of creation. Later art historians find they both related and different from Impressionism and Impressionist, he called them "post impressionist"The so-called Post Impressionism refers to art and artistic conception of Cezanne, Van Gogh and Gauguin's creation. Three of them are initially learn impressionism. Cezanne and Gauguin also participated in the exhibition of Impressionism, although Van Gogh did not participate in the exhibition of Impressionism, but he has been claimed to be impressionism. Then the three of them that painting is not just like impressionism as to imitate the objective world, but should be more performance artists to the subjective experience of objective things, though they have a common tendency of creation has its own distinctive artistic personality: Cezanne's literary activities are to the eternal pursuit of mind body and solid structure in order to create the image, weight, volume and the sense of stability and a sense of grandeur, and finally achieve the simple and geometric effect, which makes him an ancestor of later cubism and abstract expressionism. Gauguin won't face the real, and paint from memory, and promote comprehensive and symbolic aesthetic principles. The new style of Van Gogh, can be said to be the product of Impressionism, Neo Impressionism and Japanese Ukiyo-e prints fusion in his personal temperament, is the confluence of eastern and Western painting. A prominent feature of Van Gogh's painting is a strong expression of his personality, and some people say that his paintings are his self portraits. He is a pioneer of expressionism, and deeply influenced the art of the twentieth Century, especially Fauvism and expressionism.
From the first exhibition of Impressionism in about ten years, an "Independent Artists Association Organization announced the birth in france. They are the development of the theory and practice of Impressionism and washback, they used the test principle of optical science to guide the practice of art, is the science and applied self-consciously explore color. They called themselves the new Impressionism, this genre is Seurat only theorist and outstanding artist, painter and an important propaganda mouthpiece is the school of Sinek.
The basic techniques of Neo Impressionism is segmentation doctrine, also called "-- stippling with different color dots or small pieces of pure contrasting scientific parallel, so that the audience to obtain a mixed color effect viewed from a certain distance. The entire screen is full of small color points (blocks), the image is not divided into lines, all the scenes are immersed in the flashing light. The size of the color point (block) is the same as that of the whole picture. The use of light is still as strong as Impressionism, but the overall effect is stable, accurate, harmonious and solemn, they tried to recover neglected by the impressionistic object modeling in the works is a sense of weight, Impressionism flashes of light and atmosphere to form. On the one hand to test new impressionism scientific and law of Impressionism, on the other hand, bound by fixed laws, so it is doomed to be short-lived. The influence of Neo Impressionism in 1890s to disappear.
Post Impressionism Impressionism is the art phenomenon after existed from nineteenth Century 80 to 90s, which does not contain the meaning of style. These artists are different from Impressionist fanatical pursuit of light and color, but also different from the new Impressionist light and color analysis and the use of logical thinking and artistic creation. They advocate to pay attention to the concept of art form, pay attention to the author's subjective personality, pay attention to the performance of the author's subjective feelings and emotions, pay attention to the expression of the form. Often called the post impressionist painter Cezanne, Gauguin and van gogh.
To explore the process and outcome of post Impressionist painters have a great influence on the western modern art schools in twentieth Century. Cezanne advocated painting from the literature and the plot, give full play to the drawing language expressive force, promote the European pure painting popular and formalism in the development of painting, known as the "father of modern painting". His works focus on the concept, pay attention to the structure, focus on the architectural beauty of the picture. He attaches great importance to the in-depth study and decent, pregnant with the factors of cubism. The van Gogh contains profound tragedy consciousness, he boldly and freely express their inner feelings, the pursuit of a strong personality and unique form, far ahead of her time. Later, German Expressionism, Fauvism Abstract lyric that early twentieth Century, will get huge profits from Van Gogh's art. Influence of Gauguin influenced by the symbolism of aesthetic ideas, abstract, mysterious and symbolic factors works full of primitive art, with his exquisite artistic taste, form painting, rich decorative effect, the formation of distinctive characteristics of art. He promoted the development of modern symbolic art, and had a profound influence on later surrealism.