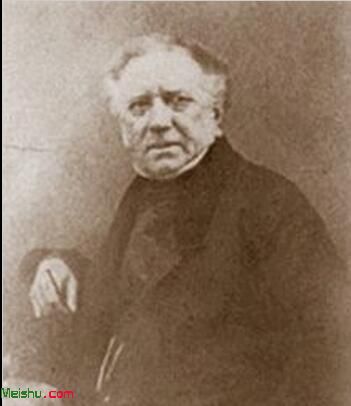 William Joseph Segos is a self-taught artist, they began by painting decorative rush-bottom chair, and continued painting carriage in Guildford Town, after he started painting. Finally he started to become good at painting, depicting forest scenes and Gypsies, in front of people and animal in the hotel and farm house, and the beach was crowded with boats and fishermen.

He is mainly in southern England, in Shirley, Southampton, but a wooded area on the southwest of Hampshire Hampshire as part of the new forest. Michael Hoy, Southampton, a wealthy businessman, one of his most passionate customers, bought many of his paintings.

He sometimes works with other artists. Special success is his cooperation with Edward Charles Williams, Williams will paint the scenery and Xie joined people and animals. He also worked with other members of the family of Williams, Xie's second wife, Elizabeth Waller, in a way with Williams. old side of the hotel, is an example here is a collaboration between Xie and Williams, and the nearby lack of quantity, Berkshire Hathaway is another matter.

Thank you for a long time, during which he had two wives and ten children. His eldest son, William Joseph Semyon Junior (1811 - 1892) was also a painter, painted in a style very similar to his father. Painting is easy to confuse, making it all the more difficult, because they may be in a couple of collaborative paintings to thank the old man in his late years. [5] senior three young son Edward Dasherwood Xie (1821 - 1864), Henry (1825 - 1894). Thank you and Charles Walker (1826 - 1914) - to become a painter, and all auxiliary he sometimes in his studio. William Semyon, senior, died in December 21, 1879 at the age of 92 in his home in Southampton near the hut.

William Xie is a senior landscape painter, but he is best known as a graphic artist. His work is reminiscent of some of the paintings in the George River, another very popular figure painter. Xie's work has the depth and brightness of the missing paintings of the same time as many people, due to his skillful application of glaze. , thin, oily, transparent layer paint dry opaque paint. [8] he exhibited at the Royal Academy of Fine Arts (6), by the British University (project 82), at the Suffolk Street Gallery Artists Association (338). He also showed a number of little-known Vitoria art venues. , many of his works have been exhibited at the museum in Vitoria and the Albert Museum, the Tate Gallery, Glasgow art gallery, New York Metropolitan Museum of Art.