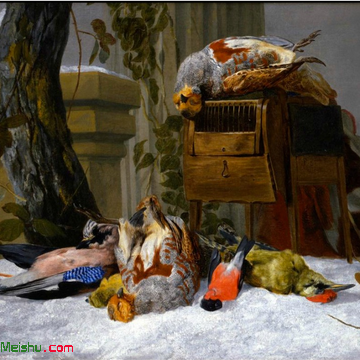 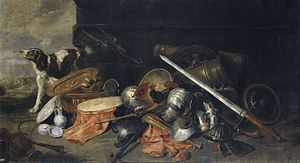 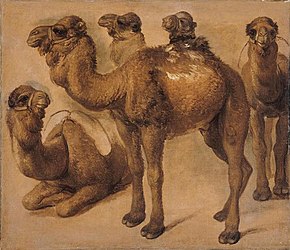 He was born into a family of artists in Antwerp. He was the son of the engraver Jan Boel and the brother of engraver Quirin Boel II. His teachers were his father and Jan Fijt, a well-known landscape and animal painter. Jan Fijt had studied under the leading animal and still life painter Frans Snyders.

He is believed to have traveled to Italy in the 1640s or in 1651. His trip brought him to Genoa andRome. In Genoa he stayed with his uncle, the painter and art dealer Cornelis de Wael who had established himself in that city.

Boel returned to Antwerp where he was registered in the local Guild of Saint Luke as a wijnmeester (wine master) (a title reserved for the children of members of the guild) in 1650-51. After 1668 he moved toParis. Here he worked for Charles Le Brun in his first tapestry workshop.He was appointed paintre ordinaire by King Louis XIV in 1674, but died in September of that year.

He was the father of Jan Baptist Boel the Younger and Balthasar-Lucas Boel. He was the teacher of his sons and David de Koninck.

Boel principally painted still lifes including flower still lifes, hunting still lifes, animal and fish still lifes, vanitas paintings and still lifes of weapons. He also painted some landscapes.Since most of his works are undated, it is difficult to establish a chronology for his work. Boel achieved a very high quality in his work. It is believed that a number of his compositions may have had their signature removed so that they could pass as works by Frans Snyders or his master Jan Fyt. Only recently a number of still lifes in museums, which were formerly given to Fyt, have been reattributed to Pieter Boel.

Boel follows to a large extent the style of his teacher Jan Fijt, in particular in his smaller compositions featuring a hare or a few birds in the open air. Boel's compositions differ from Fijt's works in their restraint and the smoother and more controlled handling of the paint. His palette also differs from Fijt's in his preference for accents of blue, red and pink. During his stay in Italy Boel got to know the work of the Genoese artist Giovanni Benedetto Castiglione and the still life painter Giuseppe Recco. He learned from these Italian masters to heighten the dramatic effect of his canvases by emphasizing the shadows. He also used red drapes in the background, a Baroque element par excellence, to enhance the atmosphere of his compositions.

Boel is known to have collaborated with fellow Antwerp artists Erasmus Quellinus II and Jacob Jordaens, who painted the human figures in his compositions.

Boel was accomplished in large-scale vanitas paintings depicting an abundance of fruit, flowers, game and precious objects. His masterpiece in this genre is the Vanitas Still Life in the Palais des Beaux-Arts de Lille.

Pieter Boel is said to have revolutionized animal painting. Whereas artists had contented themselves before with making static studies from stuffed animals, Boel drew and painted his animals from life in themenagerie at Versailles. He thus represented animals in their natural poses. His naturalism influenced a long line of great animal artists, from the painter Jean-Baptiste Oudry to the sculptor Antoine-Louis Barye. Boel was particularly adapt at rendering various textures, especially feathers.

His animal studies were used as models for the animals in the foreground of a large tapestry, referred to as 'The Months' or 'The Royal Houses' produced at the Gobelins tapestry workshop Conscious of the value of Boel's animal repertoire, the Gobelins workshops kept the entire set of Boel's painted and drawn studies. The French painter François Desportes copied several of his paintings and as a result, it was believed that the original drawings were by Desportes. It is only after it was confirmed that the originals had been made by Boel that Boel's reputation as an animal painter was re-established.