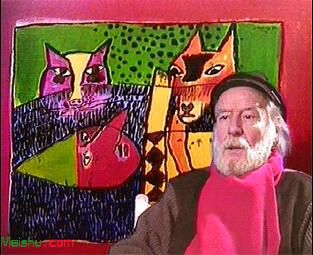 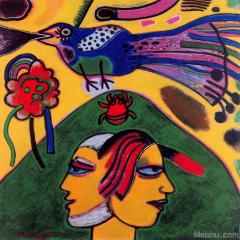 Corneille was born in Liege, Belgium, although his parents were Dutch and moved back to the Netherlands when he was 12.[2] He studied art at the Academy of Art in Amsterdam, in the Netherlands. He was one of the founders of the REFLEX movementin 1948 and in 1949 he was also one of the founders of the COBRA movement, which has had great influence on Scandinavian art.[3] He was active within the group from the beginning, not only painting but also publishing poetry in the Cobra magazine.[4] He was a cofounder of the Experimentele Groep in Holland (nl).