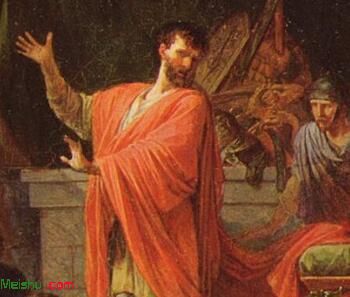 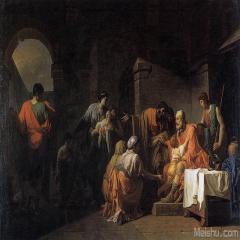 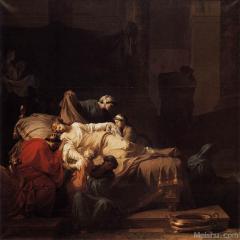 Peyron was born in Aix-en-Provence, where he studied art under Claude Arnulphy.[1] He was later a pupil of Lagrenée and was regarded as among the best painters of his generation.

He was one of the first to re-apply the Classic principles of composition, in the manner ofPoussin, while the prevailing fashion was in favour of Rococo.

He won the prestigious Prix de Rome in 1773, ahead of David who was also a candidate. He spent the years between 1775 and 1782 in Rome, with the Academy of France in Rome.

On his return to Paris, Peyron found that the career of David had taken its rise and has completely eclipsed his own, relegating it to a minor role in the history of art - which became evident in the exhibitions at the Salon of Paris between 1785 and 1787. David did, however, pay homage to Peyron at the time of his funeral, stating: “He had opened my eyes.” Peyron died in Paris, aged 69.