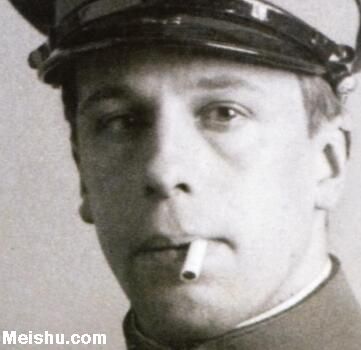 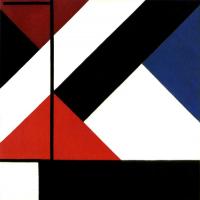 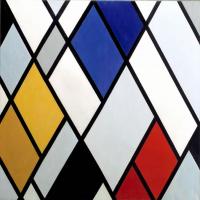 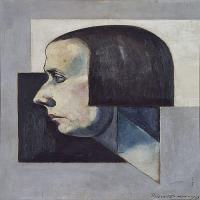 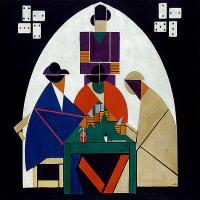 Theo Van Dusburg was born Christian Emil Chau Marie K pper in August 30, 1883, in Utrecht, Holland, as the son of photographer William K pper and Henrietta Katerina Margadant. After a short training and singing, he decided to become a painter. He always considered his stepfather, Theodorus Doesburg, to be his natural father, so his first work was signed by Theo Doesburg, which he later added into the "van"".
His first exhibition was in 1908. From 1912, he supported his work to write a magazine. He regarded himself as a modern painter, at that time, although his early works were in the Amsterdam Impressionist line and influenced by Van Gogh, both in style and subject matter. This sudden change in the R u ckblicke Kandinsky after 1913, he recalled his life from 1903 to 1913 painter. It made him realize that there was a higher, more spiritual level in the painting, which came from the mind rather than the daily life. It has been in the 1912 van Doesburg is in a state of the art criticism of futurism Eenheid. In November 9, 1271912, because the speed of the analog expression (whether it may be: aircraft, cars, etc.) and the characteristics of the painting is completely contrary to its highest origin in life". In November 6, 1915, he wrote in the Journal: "aware of the importance of Mondrian lines, the line itself has almost become a piece of art; when the perceived object's performance is very important, it cannot play it. The white canvas is almost solemn, every extra line, every wrong line, any color placed without worship or care, can destroy everything, that is, the spirit".
This is a review of the magazine paper, he wrote a, in 1915 (when he served two years), when he came in contact with the works of Mondrian, who is eight years older than he, and has received some attention with his painting. Van Doesburg sees his painting ideal in these paintings: a complete abstraction of reality. Shortly after the Expo Van Dusburg made contact with Mondriaan, and Bart Van Derek, and artist Anthony horn, Huszar and JJP, the Moche Trichoderma, they founded the magazine style in 1917.