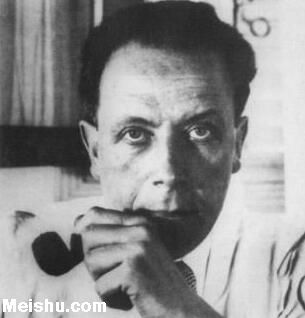 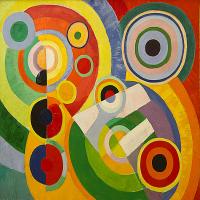 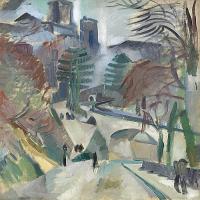 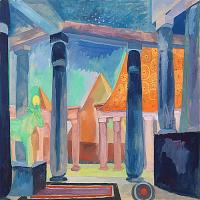 罗伯特·德劳内（罗伯特·德劳内，1885-1941年），法国画家。他尝试抽象形式和色彩，是最早创作纯抽象作品的画家之一。在诸如《日光盘》与《圆形：太阳和月亮》之类的作品中，德劳内使色彩成为绘画的主题，并使用色彩创造形式。德劳内在家乡巴黎学习，1904年左右开始绘画。1910年他与俄罗斯出生的艺术家索尼亚·特科（1885-1979年）结婚。同年，德劳内开始创作埃菲尔铁塔系列画。在这些作品中，他将支离破碎的立体派形式与多变的色彩对立相结合。到1912年他开始只画抽象作品。艺术评论家纪尧姆·阿波利奈尔专门发明了一个新单词”奥弗斯主义”来形容德劳内的抒情抽象作品。Delaunay learning in his hometown of Paris, around 1904 began painting. In 1910 he married Sonia Tekke, a French born artist in Ukraine (1885-1979). The same year, Delaunay began writing Eiffel Tower series of paintings. In these works, he combines the fragmented and three-dimensional form with the changing colors. By 1912 he began to paint Abstract works. The art critic Guillaume Apollinaire invented a new word "Orphism" to describe the lyric abstract works of delaunay.
Born in Paris, his childhood love of painting, who is studying in a stage art school. In 1904, he became a professional painter in painting, he was influenced by many factors, the concept of space Seurat color decomposition of Cezanne and Picasso, Braque's body analysis etc.. In addition, he had concentrated on the study of Schaef Neil's works "as color contrast"; this was to have a decisive impact on the Seurat's painting works, was deeply influenced by the Delaunay painting, so that he will eventually exhibit rhythm of light and color, as the main purpose of the painting standard. He put the light down into the rainbow colors, and a new method to recombine them in the painting, the painting eventually lead pure abstraction.
The creation of 1910-1911 between the "city of the window, Fourth" in this painting, the color pattern used originated in the Delaunay pointillism, created a geometry like a kaleidoscope of the world. This is the first abstract work in modern painting.
The emergence of modern western art history has its political, economic, cultural, philosophical, and modern western society is closely linked to the process.
The new technological revolution, the social structure and people's thinking, the concept of values, the relationship between people and so on, the photographic technology is becoming more and more mature, represented by Japanese prints
From the East African art and art, all sorts of contradictions and drawbacks of Kant, Hagel, Schopenhauer, influence of Nitzsch's philosophy and Freud's psychology and social reality in the west, have promoted the formation of modern art.
Delaunay, a series of paintings made in 1912-1913, is recognized as the earliest pure abstract painting by French painters. In his later years, Delaunay referred to them as "the definitive and open declaration of abstract painting". In this series of paintings, various shapes, overlapping disc, is the only picture motif. They see them as a symbol of the spirit of the universe.