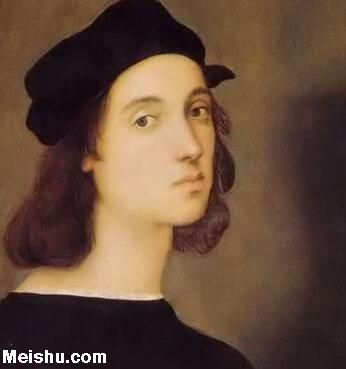 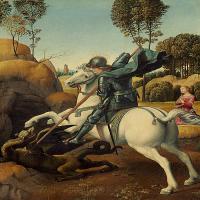 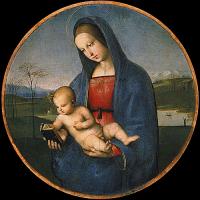 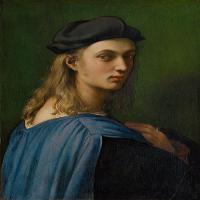 Raphael is a very passionate man, always indulge in women. Therefore, when a close friend, dino chiquita asked him to paint for private residence first loggia, Raphael was obsessed with a mistress and ignore the job. Agger steno with the help of friends, struggled to come up with a way, he will be retained to the lady home, settle in Raphael's painting workshop, only to complete the painting.
Raphael popularity is very good, very respect people, it is said that he just spend five minutes in one place, someone will come for a picture, this little Raphael to refuse. In addition, like leonardo Da Vinci, Michelangelo, Raphael is working for the Pope Julius ii. But Raphael and Julius ii has always been very good, and then the Leo x. like Raphael, specially gave him a cardinal's hat, also the cardinal bibby seal, a niece maria pledged to give it to him. Although rafael unhappy about this, but he did not directly rebuffed, but has been dragged the marriage is not to do, until his accidental death
Raphael was his father since childhood soft exquisite style and the impact of urbino painting, on the path of the original. Before the age of 25 has created a great number of Madonna, and therefore is known. His creation of the image of the virgin is neither in the past that kind of living, it is also different from Venetian school the virgin of the wild, they are peaceful and loving woman image, like the mother of the earth, permeated with the warmth of human nature. In 1504, he went to Florence, study the leonardo Da Vinci is known as the "smoke" technique, form a new style.
Raphael fully reflects the stability, harmony and coordination, symmetry and perfect and quiet order - in this sense, his work really can be called "humanism and the height of the Renaissance of the world" (giuliano cloth regan, 1988)Raphael's painting in order to describe the format of the landslide, so people used to place on the Raphael linked with beautiful soft image of the virgin. He holds the biggest honor of the Vatican Pope court painter, leonardo Da Vinci and Michelangelo and is called the Italian Renaissance age three jie, for centuries, was praise for the greatest genius painter. On the outside, Raphael is a no doubt, no bitter chang lang poets, painters, and has very agile superman's talent. He put the neoplatonism ideal of art during the Renaissance, visualization as easily.
Raphael contribution to Italian Renaissance art in art history, is anyone can't deny the facts. Although, Raphael's artistic achievement, the theory of the wisdom and creation, him as leonardo Da Vinci. The theory of verve and modelling, him as Michelangelo. Theory of colour and faculties, he also is inferior to Venetian school, but he can give full play to the comprehensive artistic genius, so he can create the most brilliant and Renaissance art performance. Raphael absorbed before early generation master of art the essence of painting style and techniques, and then bind the essence in their actual creation, and focusing on human performance of ideal beauty, specific features of Renaissance art spirit, make him a gentle mellow the humanism of the master of art. This idealized beauty harmony, is the art of Raphael's spirit.
Raphael was holding new Plato main artistic ideal, with its washs practice painting, the humanism of the Renaissance play to the extreme. Although he left few works, its work shows guanghua, influenced greatly. Raphael was generation techniques in the style of art masters of rip nutrient, which is soft and fruity, full of harmonic beauty. The virgin series of his works, but also the masterpiece of art history rare. Raphael to secular technique, the traditional religious subjects described as the ideal beauty in real life, bless the average human, linear light is permeated with happiness and joy, more embodies the of his humanistic thought. Raphael's art was later known as the "classical", not only inspired the baroque, also has a far-reaching influence to the 17th century French classical school. In terms of art history point of view, Raphael is not only the painter of the Renaissance, more Huang Fan open a creation of a new window.