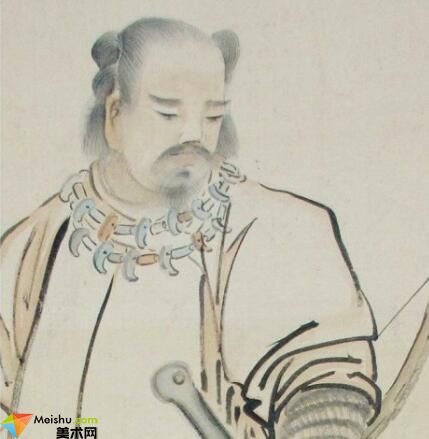 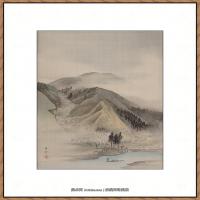 1842-1913 (Tianbao 13-Dazheng 2) 72 years old. The son of Lacquerware Painter Chuanduan Zuo Bingmen, whose original name is Zhuangzhi, is named innocent painting room, Changziqing, Tianzhentang and Jingting. In his later years, he is also called Zhangweng, also known as Yuzhang of Chuanduan. Kyoto strangers. Teenagers come from Shizhong Island. He also came into contact with many famous paintings of Song and Yuan Dynasty in China, followed the pool and became one of the important painters of Yuanshan School. Later, he had dyed his finger in oil painting and had a unique talent for combining the two. In 1877, a painting school was set up to train students. In 1909, Kawabata Painting School was founded as its own principal. It was also a professor of the Tokyo School of Fine Arts, an imperial artist, a censor of the Art Exhibition of the Ministry of Culture, a member of the Preservation Committee of Gushe Temple, and a special member of the Japan Art Association. His works have participated in various art exhibitions for many times. His representative works include Taiji Hall, Peach Source Picture, Modi Spring Dawn Picture, Cherry Blossom Chicken Picture and so on. Under the door of this outstanding art educator, there emerged such first-class famous painters as Pingfu Baisui, Suming Jiecheng, Jingzhong Yamada, Laizhang Tanaka, Takeshi Zhupo and Liuwu Shimazaki. (from The Classic of Japanese Painters of Ancient and Modern Times)