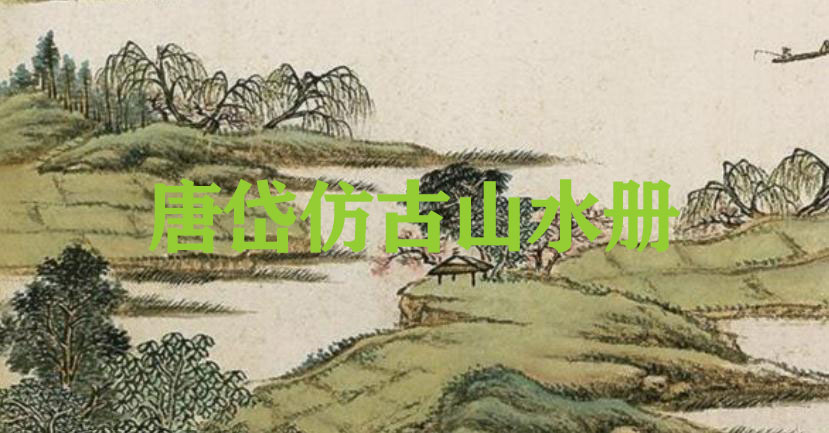 Tang Dai (after 1673-1752) [Qing Dynasty], Yudong, Jingyan, Zhisheng, Ailu, Mozhuang, Manchu Zhenglan Banner people. Cheng Zujue, who was the head of the government, was appointed as a mounted counsellor, and was the head of the government of internal affairs. He waited for the court to draw pictures. Landscape painting was first studied by Jiao Bingzhen, and later joined Wang Jingming and Zhang Zongcang as disciples of Wang Yuanqi, who was named Jingshi. Emperor Kangxi appreciated his paintings very much and often called for paintings, which were called "the first prize in painting".