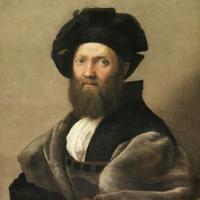 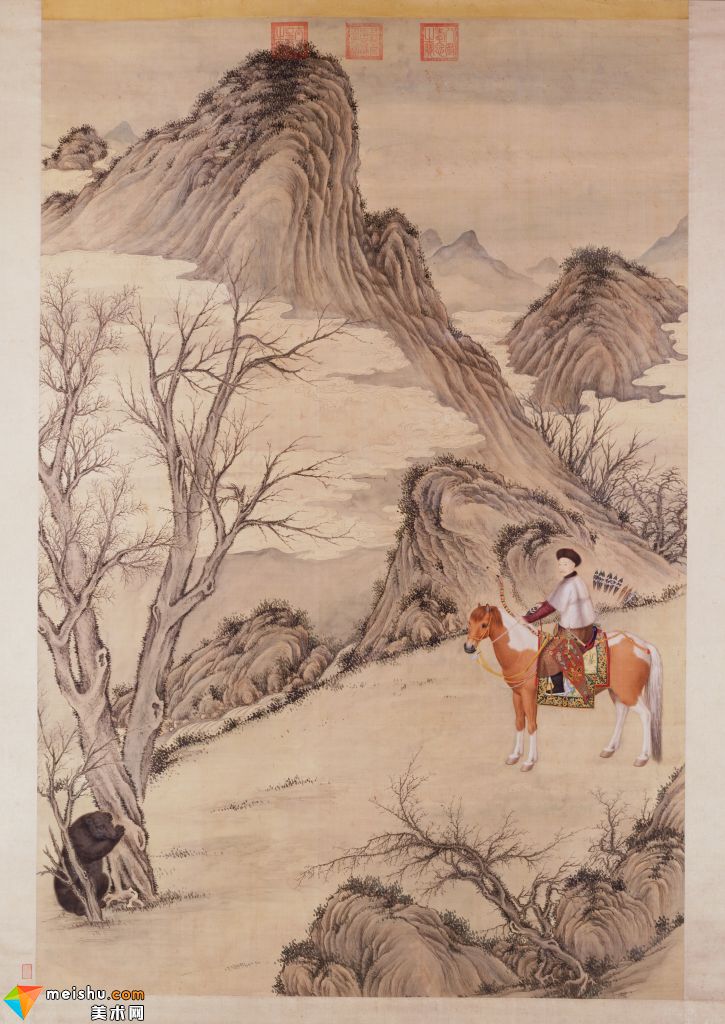 Documents show that when Emperor Qianlong went hunting with his grandfather Emperor Kangxi at the age of 12 at Mangka enclosure in Yongan, he showed the courage to face fierce black bears. Afterwards, Emperor Kangxi once uttered the praise that "life is precious and fortune is excessive".

From the point of view of brushwork, the Emperor Qianlong and his horse were painted by Western painter Xun Shining, who was good at portraying reality. The bears and hill and stone trees were sketched by Chinese Palace painters. The large area of floating clouds in the picture not only expands the distance between the long-range and near-range space, but also makes the life-and-death situation of human-bear confrontation peaceful and peaceful with its light and graceful form.